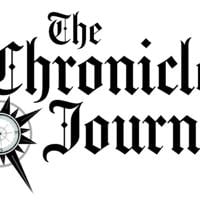 PARIS (AP) – France’s broadcasting watchdog has opened an investigation into news coverage by Russian state television channel RT France, after the regulator was alerted to concerns about some of its programs.

The regulator, called Arcom, confirmed the investigation on Friday. He did not specify the reasons for this decision, but noted that he regularly investigates concerns about channels broadcasting in France. RT France, launched in 2017, is part of the RT TV global network.

Many in France view RT as a propaganda tool of the Russian government that amplifies far-right or populist politics. He has been repeatedly criticized by centrist President Emmanuel Macron.

While the investigation is only an investigation at this stage and does not imply any restrictions on the channel’s programming, RT France director Xenia Fedorova tweeted: “Welcome to the new world of censorship” and sarcastically called it “perfect timing” after RT’s recent difficulties. in Germany.

A German media regulator ruled on Tuesday that RT did not have the necessary permission to broadcast its German-language programs in the country. RT DE started broadcasting in mid-December using a Serbian license.

in retaliation, Russia announced on Thursday that it was closing the Moscow office of the German public broadcaster Deutsche Welle and the withdrawal of the accreditations of its staff. This was the latest initiative of the Russian government against foreign or independent journalists.

The French foreign Ministry said in a statement on Friday that it “deplores” Moscow’s decision to shut down Deutsche Welle’s operations. “Freedom of information is a fundamental right that must be protected everywhere,” he said.

The Canadian Press. All rights reserved.