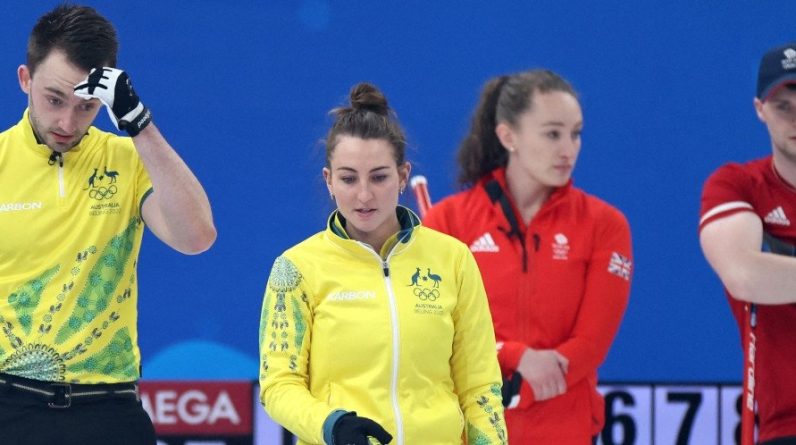 While she had been asked to return home following Tahli Gill’s positive coronavirus tests, the Australian mixed curling team was finally allowed to resume competition.

Emotional lift for the Australian mixed curling team! While they had lost their first seven matches, Tahli Gill and Dean Hewitt learned on Sunday morning that they had to return home, due to a positive test for coronavirus. But they were eventually allowed to resume competing. Last week, Tahli Gill tested positive when she arrived in Beijing, but the Australian delegation explained that these were traces of the virus, which she contracted last month in Canada. Tested negative twice afterwards, she was then allowed to compete. But on Sunday morning, due to two positive tests, Tahli Gilm, and consequently his sidekick Dean Hewitt, were forced to forfeit. « We argued that Tahli was at the end of the infection cycle, but other positive results early this morning ended our hopes. Rather than remain isolated, we now have the opportunity to bring Tahli and Dean home. They have been absolutely magnificent in the face of difficulty. Four of their seven matches have gone to the end against the best opponents. It was a troubled campaign but a very brave one. We are very proud of them,” the Australian Olympic Committee wrote at the time.

Australia can no longer qualify

But in the afternoon Pekingese, reversal of situation, the Australians were able to continue their competition, thanks to the strict protocol put in place: “ The Australian Olympic Committee received an email from the Chinese public health system informing them that the pair could continue under the close contact provisions. We are delighted for Tahli and Dean and I am delighted that our leaders have continued to press her case, after being informed that the duo can no longer compete,” said Australian Chef de mission Geoff Lipshut. So this is good news for the Australian team even if, with seven defeats on the clock, they can no longer mathematically qualify for the semifinals.