Home Economy Boeing Landed in Hell: The Eco Book of the Week in the original edition 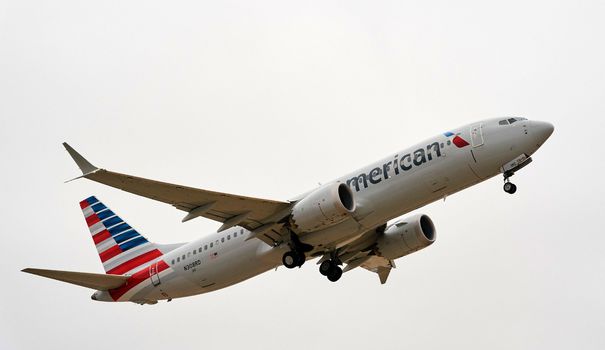 The Flying Blind, 737 Max Tragedy and the Fall of Boeing,

At 6:20 a.m., the brand new Boeing 737 Max 8, with 189 passengers on board, departed from Jakarta Airport in Indonesia for an hour-long flight to Penang. Twelve minutes later, the plane, operated by Lion Air, flew at full speed, vertically, towards the sea. Did not survive. Five months later, a similar flight took off from Addis Ababa Airport in Ethiopia for Kenya. Six minutes later, it crashed to the ground, killing all 157 passengers on board. How to explain these accidents? Pilatage errors when Boeing tried to back it up immediately after two crashes? Or does the flaw in the design of the aircraft make the pilot helpless before the software can ignore the instructions? This second hypothesis was retained, which made all devices of this type immobile from 2019 onwards. 737 Max no. Most recently allowed the air to restart.

But is the technical flaw sufficiently explanatory? Bloomberg’s intelligence correspondent Peter Robison did not think so. In a fascinating book, he takes documents from the case, but goes further into the history of Boeing and its corporate culture. According to him, 737 Max’s story is a metaphor for what happens when a large American company chooses financial performance over quality. The Boeing 737 was born in the 1960s. It was designed to act as a “work horse” for short-haul aircraft, ugly in its design, based on its equipment, and easy to fly and maintain. This flight created the fortunes of American companies such as Southwest Airlines, but also for young African and Asian companies.

Absolutely financial choice would be more costly for Boeing

Then problems arose. The first was called Airbus, which provided companies with specially designed and modern aircraft. Boeing then had the option: to design a new aircraft or to modernize the old 737, in other words, to invest $ 20 billion or spend $ 2.5 billion? U.S. aircraft manufacturer executives chose the second option, which resulted in the 737 Max 8, which had more powerful and heavier engines and the new navigation software MCAS. Old and new equipment. However, it does not seem to anyone that personnel should be trained in handling an aircraft that is very complex and difficult to fly.

The second problem is the change in corporate culture at Boeing, which originated with McDonnell Douglas in 1997. Seattle’s “boy scouts” were quickly overwhelmed by McDonnell’s “mercenaries” and were frantic about financial efficiency and cost-cutting. None of these mercenaries are engineers … This book is shaking the spine because the human cost of these failures is enormous. Sometimes the difficult path is the wise one.

Unable to get in the backend