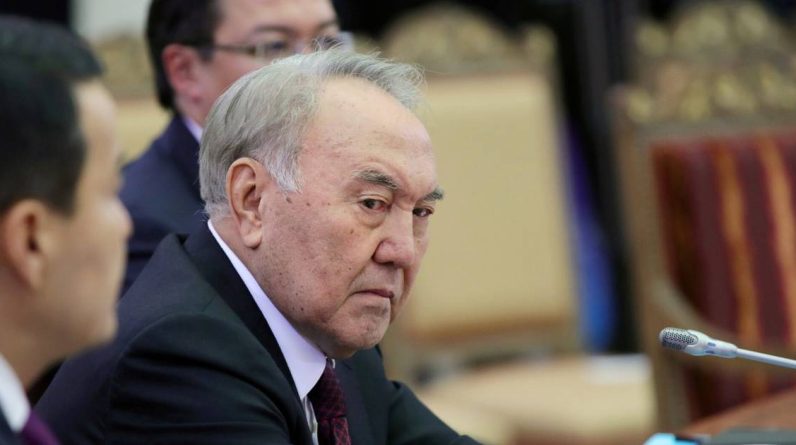 A spokesman for the former president of Kazakhstan said on Saturday that he was still in the capital, dismissing rumors that Narsultan Nazarbayev had left the country.

Aidos Ukibay said on Twitter that Nazarbayev was in “direct contact” with current President Qasim Zhomart Tokayev, who has so far been considered an insert for his pioneer.

Nazarbayev Ukibayev wrote that “everyone around the President of Kazakhstan must unite and ensure the partition of the country to overcome the current challenges”.

Pointing to unconfirmed reports that Nazarbayev had left the country, he called for the spread of “deliberately false and speculative information”.

The 81-year-old former president, after an unexpected resignation in 2019, was declared the “national leader” and largely retained executive power. The beginning of the struggles, Captured the whole of Kazakhstan this week, has not yet been made public and has not commented on what is happening.

As reported, Struggle against rising liquid gas prices It started Sunday in Zhanaozen in the southwest of the country.

In the days that followed, however, protests engulfed the whole of Kazakhstan, and political demands began to emerge, along with economic demands. The protesters demanded the complete exit of former President Narsultan Nazarbayev and his clan.

On Thursday, the Russian-controlled military alliance of the former Soviet Union or the Joint Security Agreement (ODKB) was sent to Kazakhstan at Tokyo’s request. “Peace Corps”, Now the regime seems to have regained control of the streets of troubled cities.

When suppressing struggles Killed by security and protesters.

On Saturday, the Interior Ministry announced that 4404 people had been arrested for participating in the riots.

Meanwhile, the National Security Council (CSC) on Saturday arrested Karim Massimov, a former leader of the KNB, a close ally of Nazarbaye, on suspicion of “treason” and lost his post as a result of the protests.

At the beginning of the protests, Nazarbayev appointed Tokayev as chairman of the Security Council.