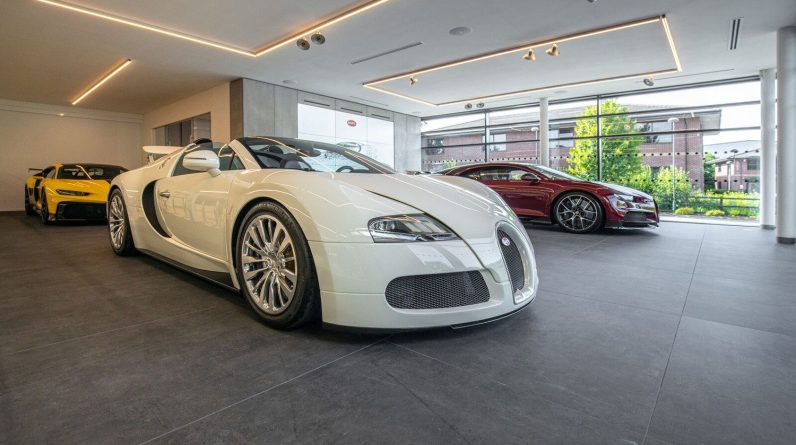 After London, having a Bugatti showroom is once the city of Manchester, England. CR7 will be happy …

Bugatti and the United Kingdom, this is a love story that will last. This will be followed by the opening of a second showroom in Manchester, Cheshire County, northwest of England. This made Manchester the second city in London to have a showroom after London. Guy Caquelin, Regional Director, Europe, notes: “Historically, the UK has been one of the main markets for Bugatti. The uniqueness of our partner network and the high standards we have set for everyone in Bugatti require us to choose the right partners if we want to grow in a country like the United Kingdom. With the Sydney Group, we were able to do this by establishing an excellent presence in Manchester.

At the Bugatti Showroom in Manchester, The public can dream up in front of the Veyron and Chiron models, The big English lucky ones will come out of sight, to sign their order form. We especially think of the Red Devils footballers (but also the citizens of Manchester City), notable among them One particular Cristiano Ronaldo already has several Bugatti models in his extraordinary personal garage..