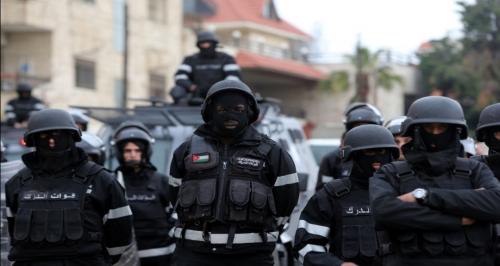 The House of Representatives approved on Wednesday the removal of the phrase “police and gendermary” from the text of Article 127 of the Jordanian Constitution and replacing it with the phrase “public safety”.

He also approved the repeal of paragraph 3, which reads, “The king appoints the commander-in-chief, the director of intelligence and the director of the gentry, and terminates their services.”

The original text of Article 127 stated:

1- The purpose of the army is only to protect the homeland and its security.

2 – The law defines the rights and duties of the military, intelligence, police and the Gendermary organization and their affiliates.

According to paragraph 2 of Article 40 of the Jordanian Constitution, the King unilaterally appoints the Commander-in-Chief of the Army and Intelligence Monastery:

2. The King exercises his powers by royal will without the signature of the Prime Minister and the Minister or the concerned Ministers in the following cases:

A. Choosing the title prince.

B. Appointment of Viceroy.

c. Appointing the chairman and its members of the Senate, dissolving the House, accepting resignation or removing any of its members from membership.

Dr. Appointing the chairman of the court and accepting his resignation.

e. Appointing the chairman and members of the Constitutional Court and accepting their resignations.

And. Appointment of Army Chief, Director of Intelligence and Director of Gendermary to terminate their services.