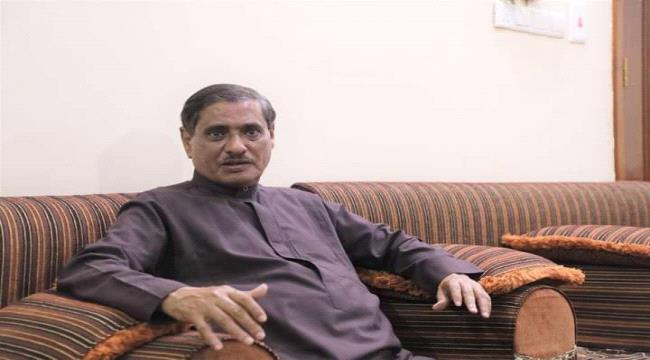 The Governor of Hatramout, Maj. Gen. Faraj Salmin al-Bahsani, Commander of the Second Military Region, chaired an emergency meeting of the Security Council at the Governorate to implement the orders of His Excellency the President Field Marshal Abdul Rabbo Mansour Hadi. The Republic, the Supreme Commander-in-Chief of the Armed Forces, is preparing to defend Hadramawt and its sons and prepare to confront the Houthi militants.

Governor al-Bahsani Hadramad declared a state of emergency in the governorate, elevated readiness and readiness to the highest level, and prepared the public reserve force, intensifying awareness features and guiding the visual, audio and print media to broadcast enthusiastic speeches. Songs, and urged the citizens to prepare to face the Houthi conspiracy fighters.

Governor Hadramouth explained that he would intensify his meetings in the coming days with the leadership of the local body, the Security Council and the experts in power and the leaders of the political parties and tribal elements leading the Security Council to the valley. And the desert districts should hold a meeting with the security forces in the valley to inform them of the seriousness of the general situation and the dangers posed by the Houthi militants on Hadramath.

Maj. Gen. al-Bahsani stressed the importance of standing up to these tasks and taking serious action as a result of the dangerous situation that threatens the security and stability of Hatramout. Risks, and the local authority has taken a number of initiatives to meticulously review the readiness of the camps, to provide them with all the necessities, and to fill the shortage of personnel and equipment.

See also  Amid controversy over its potential as a currency ... how can Bitcoin be spent?