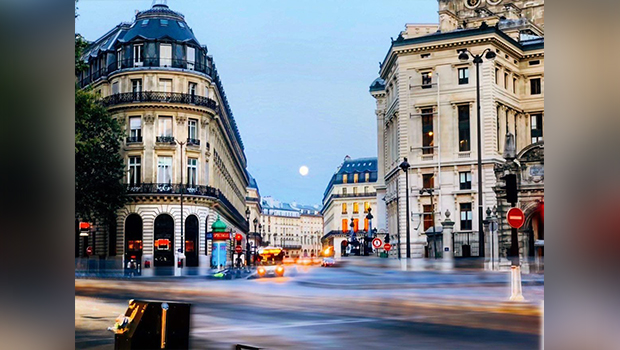 Vincent is from the south of the island. He now lives in Paris, where he works outside of his work, feeding the content of his Instagram account with street photography and his works. He agreed to share his experience in France in the #MOUNDOUVOU area.

Vincent lived in Le Tampon and Saint-Pierre. Since living in Paris he has greatly missed the cities he grew up in. In fact, after studying law, the young man decides to resume his studies in a completely different field: advertising. So, he left his island for Paris and integrated an advertising school there.

Paris was the place of study for Vincent, but the Reunions were also attracted to the City of Light. “Paris is a moving city. There are a lot of concerts, exhibitions. What I also like there is that this is a cosmopolitan city and you meet people of all nationalities. So it is very rich as an experience“, He says.

Traveler in the heart

Vincent did not hesitate to leave his island to explore the world. Also, he describes himself as a spontaneous person who wants to travel and discover new things. His favorite quote: “The only thing we buy is travel that makes us rich. Anonymous

Today, Vincent works in a supermarket for an American company. Outside of his work, Reunionis developed an interest in street photography. When asked what it was, he replied: “For me street photography is all about spontaneous photos, mainly situations, people who talk to me and I want to be immortal.“

While studying in Paris his interest was aroused: “During a creative class, one of my teachers asked me to take original photos on the street. I made some, and he liked it. Showing to others, they were praised. So I continued, I wanted it.“

For his photos, Vincent uses a camera, but mainly his iPhone. “This is very fast for the type of photo I take“, He explains.

Vincent was lucky enough to be on display in the Paris Metro with a photo he took with his iPhone. In particular, he plans to exhibit his photos on his island.. “I especially want to come back and take pictures at the reunion“, He adds.

Vincent Reunion addresses the islands: “Be like you are! Reunion is beautiful, and so are you!“