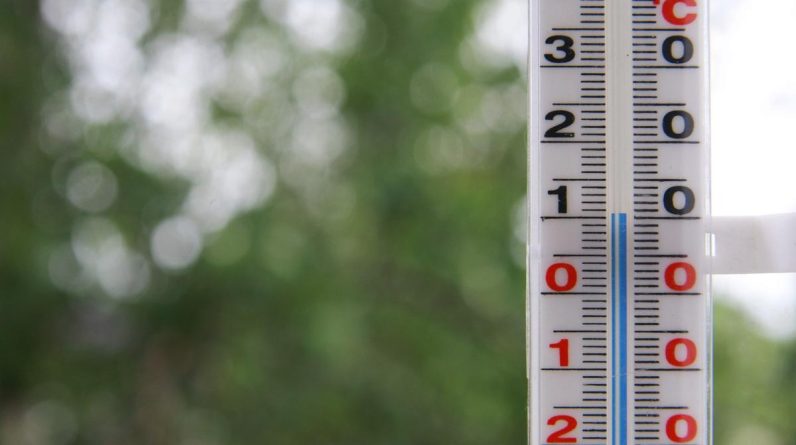 New Year’s Eve records were also broken at several stations that had been recording temperatures for more than 100 years. For example, the thermometer in Havlíčkův Brod showed 12.5 degrees and in Milešovka 9.9 degrees, which in both cases surpassed previous records from the 1920s.

In the Vysočina region, Friday’s temperatures were above the current maximum at all 15 measurement stations. The highest temperature was recorded at 13.3 degrees Celsius in Dukovani in the Třebíč region. In 2017 the current maximum temperature for this day was 1.9 degrees Celsius. Following is a summary of data provided by Ivana Záluská to CTK from the Brno workplace of the Czech Hydrometeorological Institute (CHMI). In Bystřice nad Pernštejnem and Černovice, Friday New Year’s Eve temperature broke 43 years.

Records also fell at most West Bohemian weather stations. The mercury in the thermometer was highest in the afternoon with Pilsen – Mikulka, Dopani and Kladov – 13.3 degrees Celsius.

However, he maintained the current temperature record in the west of Kladovia – on New Year’s Day 1925, it was still one tenth of a degree warmer than this time. Other stations had records mostly from 2017, Bohmann said. The previous record was 11.1 degrees Celsius in Pilsen-Mikulka and 11.8 degrees Celsius in Dopani.

In the Karlovy Vary region, it was 12.2 degrees Celsius in Sokolo. The station’s current record since 2017 is 10.9 degrees.

The record was not broken at Turno in the Semily region. It measured 14.1 degrees Celsius in the Liberec region of eská Lípa. In 1993 it was 10.7 degrees Celsius.

It was hot in Brno too

Records for 2017 fell largely. During the day, the average temperature in northern Bohemia was 13 degrees.

Temperature records for the last day of December were set at nine CHMI stations in the southern Moravian region with a long history of measurements. The eldest of them is Ivanovis na Hane, almost 100 years old. The station measured 12.4 degrees Celsius, the highest ever 1925, 0.6 degrees lower.

Unprecedented warm winter weather in the South Moravian region is expected to last until the New Year. The region will be cloudy on Saturday and partly cloudy during the day, according to the CHMI forecast. The maximum temperature in the afternoon is 11 to 14 degrees Celsius.

Many European countries have been enjoying one of the hottest New Year’s Eve days in many years. In Kங்ningsby, England, they measured 15.3 degrees Celsius in the morning, the highest day ever recorded in British history on the last day of the year.

The southern Spanish city of Granada is expected to reach 25 degrees Celsius, six degrees higher than the previous temperature record of 2015. Temperatures are also unusually high in France and Germany.

According to the British Meteorological Service, Friday’s temperature may be even higher at the end of the day. The maximum temperature recorded on New Year’s Day was 14.8 degrees Celsius. Meteorologists measured in 2011 in the Gulf of Colvin in Wales.

According to the French Meteorological Service, this week has been the hottest since 1947 between Christmas and New Year’s Eve. Several temperature records fell on Thursday, measuring almost 24 degrees in the village of Montfort-sur-Argens, for example. For example, some low-ski resorts in Alsace had to close due to high temperatures, France Blue said. Hot air from Spain is expected to reach 26 degrees in Toulouse for the New Year.

According to the Spanish meteorological service Aemet, the temperature is similar to the April average. Compared to previous New Year’s days, they are five to ten degrees higher. In Madrid, the 1979 temperature record, when they measured 15 degrees, is expected to drop. But with temperatures up to 25 degrees it should be ideal in granada and other cities in the south of the country. Higher temperatures, up to 15 degrees above the long-term average, are expected for the New Year.