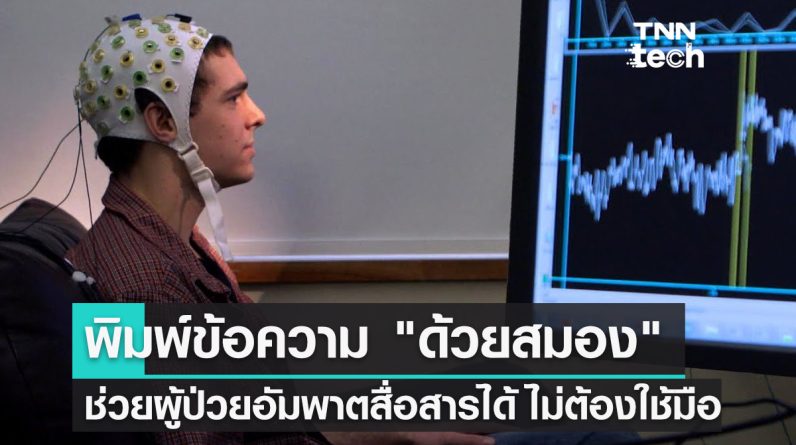 Patients with rheumatoid arthritis cannot move their fingers. But you can type messages on Twitter using only your thoughts.

It allows stroke patients to type text messages using commands directly from the brain after previous reports of the invention. Using only the thoughts that come from her brain !!

Philip O’Keefe was the first ALS (amyotrophic lateral sclerosis) patient in the world to tweet on Twitter using a special device from the Australian company Synchron. Instead, he was able to type on Twitter without touching the keyboard with his fingers. But using only your thoughts, you can now order SMS.

Source of the film Defender

ALS disease, also known as muscle weakness, is caused by the rupture of nerves leading to commands in the body. Patients with myasthenia gravis may become paralyzed. Some people have affected muscles around the lips and may not be able to communicate. The famous physicist Stephen Hawking (Stephen Hawking) is a well known historical figure of ALS and others.

For this reason, New York-based Synchron has invented a special device called the Brain Computer Interface (BCI) that can connect a patient’s mind and turn it into commands. The experiment began with a basic routine. That is, typing a message using only thoughts.

Philip joined the Syncron experiment as a volunteer, where researchers fitted an EEG receiver called a stentrod to his brain. This device receives current from the brain when Philip tries to think and command his thoughts. Before those currents are converted into digital signals and sent to computers. Control the operation of the system as desired

Philip matched Stentro in April 2020, who was recently able to type into the Twitter account of Syncron CEO Thomas Oxley, who tweeted: “Hello, world! Short tweet. Monument improvement.” Throughout this whole process, Philip used only his thoughts.

The synchronization test was initially successful. And in the future, it will be developed to increase the capacity of the BCI device to activate the thoughts of diverse stroke patients. Help them to live comfortably and happily in their daily lives. Or it can develop into the use of a mechanical hand that works through thoughts. Even playing the game using the idea of ​​commands. This is in line with the upcoming era of the metawares world.

Thanks for the info from Texpot