Home Top News In Australia, seasonal workers must be paid a minimum wage 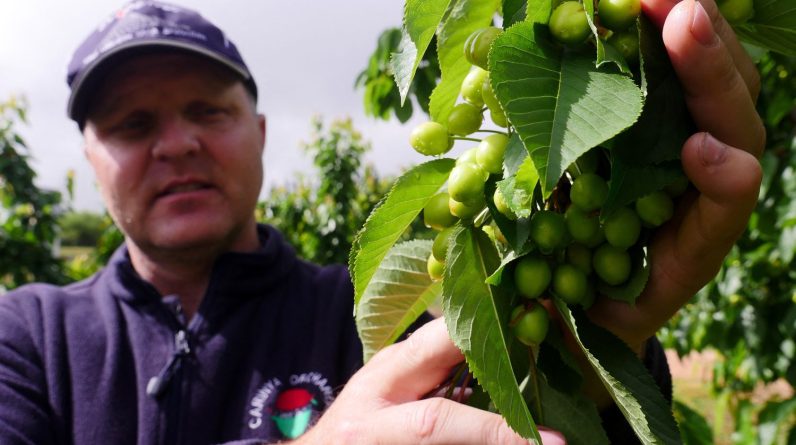 The Fair Labor Commission has now hired all seasonal workers Australia The minimum wage is $ 25 an hour, or about 16 euros. The conclusion is that many reports and studies in recent years have shown that there have been many abuses in this regard and that in some cases, even if you work hard, you will not get even the equivalent of the minimum wage. For example, what happened to a young Frenchman named Victor who worked for a few weeks in a vineyard. “It was like a wire wrapped around the branches of vines, Says Victor. We were paid for a branch that rolled, net 11 cents per branch and it really did cause disaster. We actually paid ourselves, we were at 10%, they paid more, and we got $ 9 an hour.

Nine dollars an hour is slightly less than six euros, which is less than half the Australian minimum wage. Farmers have strongly opposed the decision. Michael produces cherries near the city of Orange. And if he had to pay the minimum wage to everyone, he might not be able to harvest all of his produce on time. “Unfortunately, it’s pushing us to make decisions very quickly.”, He believes.

“If our seasonal workers have not done the trick from the first half day, we should fire them. Thus we may find ourselves in unprecedented circumstances where our fruits will rot at their feet.”

Other farmers also point out that the move imposes fines on over-productive workers. With this decision, they will eventually get less per kilogram harvested than those who work at lower speeds.

An additional difficulty for these farmers is that Australia’s borders have been closed since the outbreak in March 2020, and most of these seasonal workers are foreigners. Like Victor, most European young people come to Australia on a Working Holiday visa. In December 2019, there were 120,000, including 25,000 French. A year later, they were down to 40,000. This is a real problem for farmers because these young people make up the bulk of their workforce.⁇Seasonal work. Here the cherry harvest will begin in fifteen more days. Guy Keita, who then has to recruit fifty, is not sure he will win this year. “Last year, I knew we would manage, there were still 80,000 packers in Australia., He explains. But this year I have no hope.

“Mother Nature is used to taking our crops away from us. But losing them is unheard of because there is no one to collect them.”

After all, this is a labor shortage⁇The work is falling apart so badly. After ten years of drought, we expect record production in Australia this year, valued at close to ில்லியன் 50 billion.