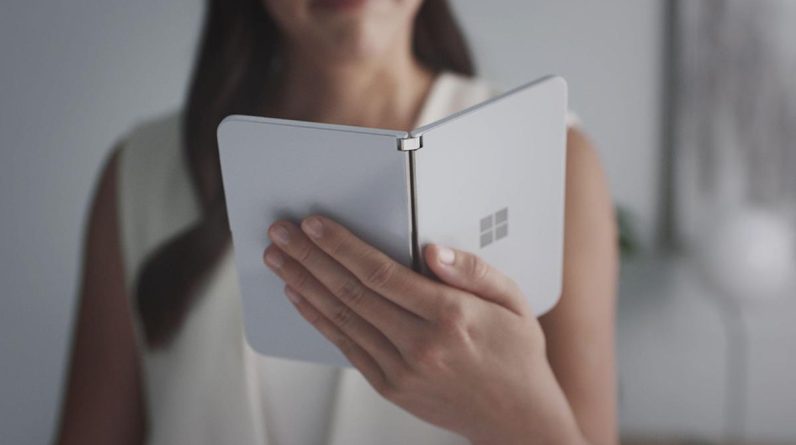 The patent filed by Microsoft shows that the US company is preparing the arrival of the three-screen Surface Trio smartphone.

Is Microsoft preparing for the arrival of the three-screen smartphone? However, the patent filed by the US company shows just that. A Surface Trio, the evolution of the Dio, the concept of which is already appealing to Internet users. While there is no indication that Microsoft will use this patent on a large scale, the truth is, the computer giant has thought about it.

Discovered by the site “Patently Apple”, Patent filed in the USPTO (United States Office of Patent and Trademark) on December 23rd. You can see it on the map: the idea is to offer a smartphone with three screens and the surface looks like the evolution of the Duo.

So, with three separate screens, the chart shows what looks like a smartphone connected together to express them through two hinges. This design will provide more opportunities for the users. When fully expanded, this version will look like a tablet, be larger than a classic smartphone, and still have the potential to be deceptive among many other applications.

By folding it, the user can naturally find an external screen in which Surface Duo is free today. Microsoft has come up with a solution to this problem.