Home World With the participation of an Egyptian .. “A global information earthquake” in the field of solar cells. 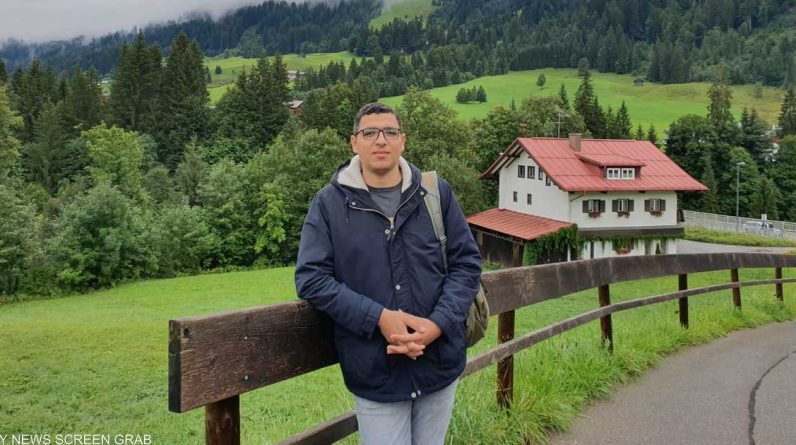 The new database was appreciated by many senior researchers in the same field around the world, so Nature Energy, the most important and largest research journal in the energy field worldwide, published an article about the event. This is an “information earthquake”.

Sky News Arabia spoke with the doctor Mahmoud Altamasi, To highlight the story of the database, its importance and its role with other researchers in many countries.

Eltamasi said he is working on creating a new genre Solar cells It is known as the “Perovskite” cell, and although its photovoltaic properties were discovered in the middle of the last century, its first use in the field of solar cells was in 2009, and in a few years its performance outweighed other technologies. Should. ” Commercially present.

He added: “Perovskite cells are of great interest to scientists because of the properties of the materials from which they are made, which can shape and modify their chemical composition so that they can absorb a certain portion of sunlight more efficiently. The preparation of large parts is much more efficient and less costly in a shorter period of time compared to the current silicon based technology.

Al-Tamasi added, “There are still many challenges facing the products PerovskiteAt the forefront of this is stability and shelf life, where its lifespan is no more than 5 years, while silicon-based solar cells are stable for about 20 years.

The Egyptian researcher continued: “As a result of the world’s focus on Perovskite solar cells, scientists from many disciplines have been quick to read and understand the transfer mechanisms of electrons and electrons. A promising type of cell, but this rapid development has posed a great challenge to scientists working in this field because no one can follow it.This large-scale published research and continuous monitoring of scientific development will not allow researchers to know everything that happens in their expertise, which has created scientific gaps in the field .

Al-Tamasi said: “From here and in this context, researchers led by Dr. Eva Unger at the Helmholtz Berlin Institute for Energy and Materials in Germany decided to create an open source global scientific database that would collect information from each solar cell generated by this technology into the Internet. Numerous introductory lectures were conducted to present the format and to attract young researchers from top universities and research centers to join the program. “

In fact, about 80 researchers, including El-Damasi of the Egyptian Petroleum Research Institute, believed in the idea, and from late 2019 to mid-2020, these researchers read and extracted more than 20,000 scientific articles published in the field. Of the total 42,200 solar cells, 100 data on each cell have been published in this field until the end of the study, which, according to al-Damasi, “puts us in front of millions of accurate scientific data. That rare database.”

Al-Tamasi stressed, “The importance of this database is that it provides information that was previously difficult or impossible to obtain. For example, there is a graphic format (attached). Takes the extract, which was impossible in the past before the development of the specified database.

He explained, “Not only that, this database is considered a gold mine for machine learning scientists because they can program some algorithms that can swallow that large amount of data and predict from them the possible future directions for the development of this type of solar cell. Algorithms can tell us the best.” Chemical compounds In order to achieve the highest stability and longevity of the cells produced, we must rely on solar cells to achieve the highest efficiency and optimal structure. Article in the popular (Nature Energy) magazine.

Al-Tamasi is a notable Egyptian researcher at the Petroleum Research Institute in Cairo and the Helmholtz Berlin Institute for Energy and Materials in Germany. He worked as an assistant researcher in the field of petroleum additives and during his work contributed to the development of many additives. Its application to chemicals and certain types of crude petroleum oils Egypt.

After graduating, al-Damasi completely changed his profession and decided to move to Germany to pursue a doctorate in one of the latest and fastest-growing solar cells, and joined the team of one of the best professors, Professor Antonio Abada. In this field he has been successful in publishing about 17 research articles in the world, and for more than 3 years. Scientific conferences with the same specialization.

Participated in the Al-Damasy Education Clinic Foundation, during which he succeeded in providing counseling and guidance to numerous Egyptian and Arab students seeking scholarships abroad.