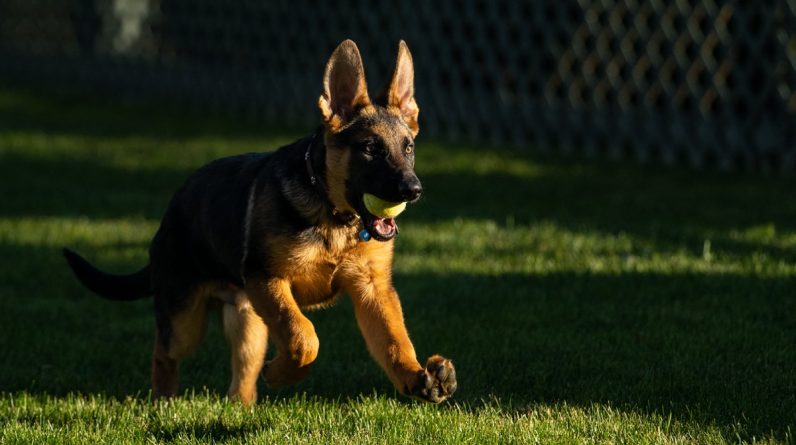 While Joe Biden’s administration is facing a major political setback, it is something to delight Americans with. The US President has introduced the new White House dog, the Commander.

In a video posted on his official Twitter account, Joe Biden welcomes the three-month-old German Shepherd to the White House. “Look at the new family member,” he tweeted.

We see the US President beating and playing with his new four-legged partner and walking him on a ledge with his wife Jill. According to information from CNN, The puppy was presented to the President of the United States at his 79th birthday by his brother James and his sister-in-law Sarah.Th Birthday.

Last June, Biden’s first dog, Champ, a German Shepherd, died at the age of 13. Their other dog, the Major, has been at the center of a controversy this year for biting several members of the White House staff. He was then sent to Delaware for dressage training and is still there.

The family promised to adopt a cat. A spokeswoman for America’s First Lady has confirmed to CNN that a small cat will join the White House in January.

Should this be seen as an attempt to win back the hearts of Americans? The president suffers from a very low reputation and struggles to obtain his reforms due to various political obstacles, which sometimes come from his own camp. In the United States, pets of famous personalities arouse an enthusiastic interest in the population, and they are especially appreciated.