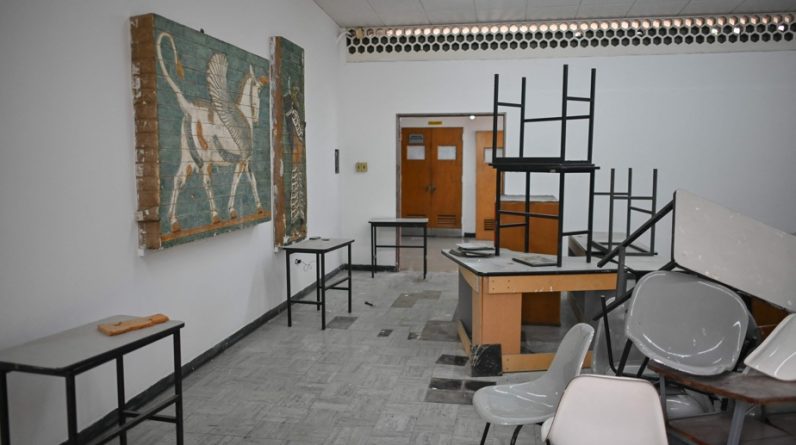 (Caracas) Due to high inflation, low-paid professors and students have to choose between “eating and studying” and deteriorating infrastructure … Venezuela’s Central University is celebrating its 300th anniversary in crisis.

“We can not believe we’re so low,” said Mobd Daniel Teren, 43, a historian and professor at UCV University, whose monthly salary was $ 11, enough to buy two kilos of meat.

He survives by providing some personal lessons or collaborating on projects or translations abroad.

According to the NGO International University Observatory, one-third of professors do not have enough money to eat three meals a day.

Result: Many chairs are vacant due to shortage of teachers.

The country has been mired in an unprecedented crisis since 2013, and the per capita GDP of this oil-producing country has fallen to Haiti.

“I can’t rate the teachers. In situations like this, it’s normal, ”said student Ryani Rinkons.

“Many people have to choose between eating and studying,” Teren insists.

UCV was founded on December 22, 1721, during the Spanish colonial period. This masterpiece of architecture was declared a UNESCO World Heritage Site in 2000, but its status deteriorated.

Recently, workers have taken paint and cement “to restore this tradition”, accusing the UCV of being “abandoned” in the words of Venezuelan President Nicolas Maduro.

The government has invested $ 40 million in its repairs, which will double the university’s operating budget and salaries by 2022, or 40 times the 2021 budget.

In a country plagued by high inflation that is undermining the economy, budgets announced in Bolivar at the beginning of the year see their true value decline as the year progresses.

At the end of the year, Bolivar’s depreciation, the allocated budget no longer applies to anything. Therefore, installations are no longer maintained.

In 2020, a portion of the university’s nearly 300-meter closed passage collapsed without any injuries (the university was closed due to an epidemic).

“The university has a body and a soul,” says Paulina Villanueva, a retired professor at the university, who has been “abandoned for 25 years.”

Some, after work, denounce the desire to seize control of the university.

In 2011, Chavista officials (named after Hugo Chavez, a Latin American far-left and Mr. Maduro’s late pioneer from 1999 to 2013) blocked elections at public universities such as UCV. The election did not take place after that.

The rector of Simon Bolivar University, another major university in Venezuela, passed away this year and was replaced by the National Council of Universities, which emerges from the Ministry of University Education, without holding a referendum.

“There is no petition military intervention with shootings, deaths or injuries, but we see an intervention in an interruption,” said Mr. Teren analyzes.

“UCV did not surrender”, a letter from the Rector promised 300e Birthday.