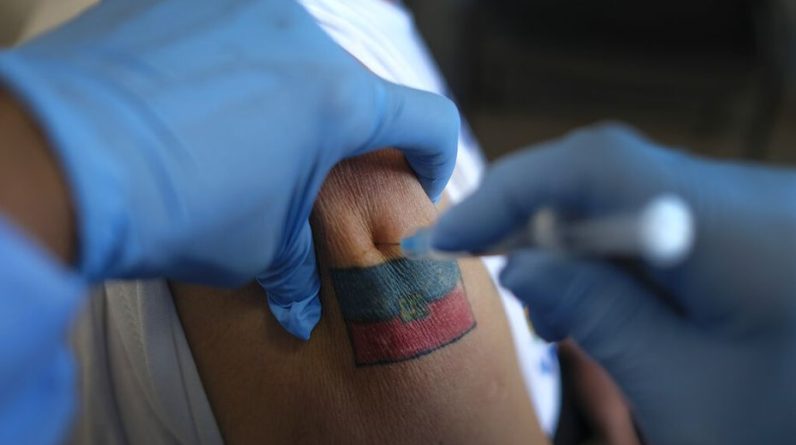 In the grip of insecurity and poverty, the vaccine is not at the center of Haitian concerns … and it has almost come to a standstill. The Pan American Health Organization wants to address this.

The Pan American Health Organization described the situation in the country during a weekly press conference in Washington. He said he was doing everything he could to expedite vaccination in the Greater region, especially in Haiti.

Across the Caribbean and Latin America, 72 million people have been vaccinated, and 55% of the region’s population is now vaccinated.

In 20 countries, the World Health Organization estimates that 40% of its target is still far from reached, but that it could be achieved by the end of the year. Except for 6 of them: Saint Lucia, Jamaica, Saint Vincent and the Grenadines in particular …

But it is in Haiti that the World Health Organization is most concerned about this situation. Less than 1% of the population has a complete immunization schedule and more than 1% have been vaccinated.
The Ministry of Health recognizes a real failure.
Even millions of unused and expired doses had to be withdrawn.

From today it is difficult to know the status of the epidemic playing in the Black Republic. In fact, very few screening tests are performed, which precludes significant statistical evaluation.

One thing is for sure, the results in this area of ​​Hispaniola are often underestimated, especially since measures to prevent the spread of SARS Cov 2 (body mask, hand wash, vaccine) have been completely ignored. According to a Safitek research survey, 76% of Haitians refuse to be vaccinated.

See also  Australia has pledged to sell coal for decades