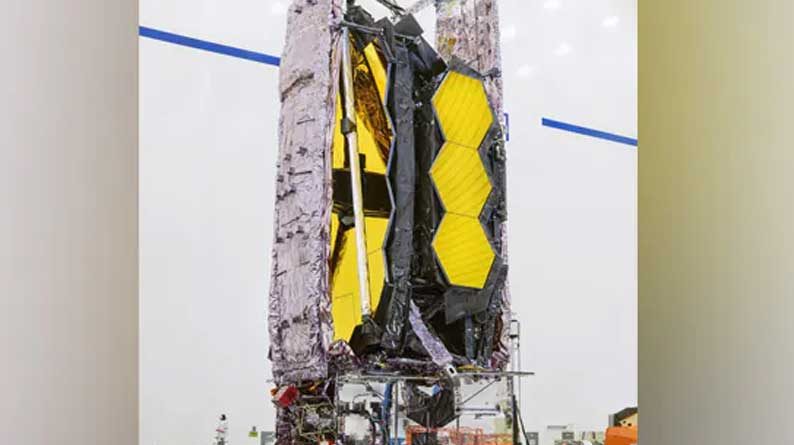 NASA says the James Webb Space Telescope will be launched on December 24.

Many countries are conducting research on space. The telescope is important to know what is in the sky. Former astronomers have discovered many planets and stars with the help of telescopes.

Modern telescopes were invented during the growing period. They were important for knowing the many stars in the sky from Earth. However, due to air pollution and atmospheric dust, space events cannot be accurately viewed through telescopes on Earth.

Because of this the researchers planned to place the telescope in space. Accordingly the Hubble telescope was positioned in the sky outside the Earth. That space telescope led to the discovery of many rare space information never known to man.

The new telescope was named James Webb in memory of James E. Webb, the man responsible for many of NASA’s space missions in the 1960s. If it is successfully launched into space, man will be able to learn many rare details, such as the universe, the formation of nebulae, stars, and how the Earth formed.