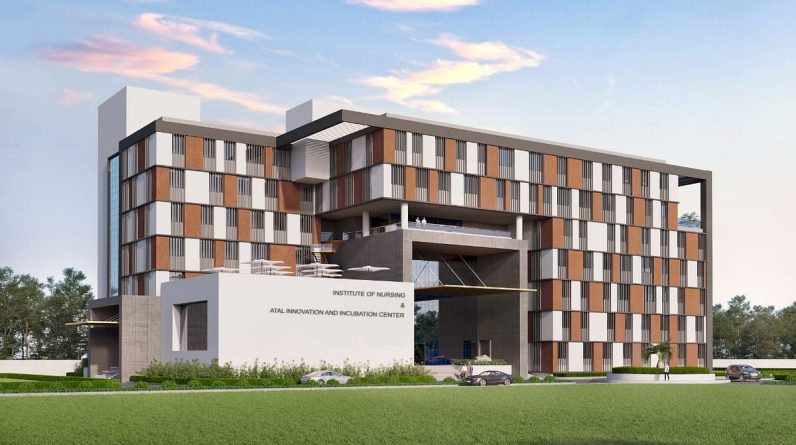 Baramati: The artificial intelligence of the Agricultural Development Trust here is recognized by the world-renowned Oxford University. With the help of the Foundation, a new course will now be launched in Oxford.

Chairman of the organization on behalf of the Agricultural Development Trust Sarath Pawar The Atal Innovation and Incubation Center was recently launched with his encouragement. The Center is trying to use innovative and modern technology for low cost high yielding crops.

read more: An additional one-year period for the recruitment of MPSC students

The company’s trustee Pratap Pawar, during a recent visit to the UK, met with Oxford University scientist Dr. He had a discussion with Ajit Kavkar.

Wearable computing is the ability of any computer and artificial intelligence to detect pests, diseases and malnutrition in the field ten to fifteen days in advance.

After exploring the use of artificial farming principles in the agricultural sector and the use of post-harvest wearable computer technology, Drs. Jawahar expressed satisfaction. Oxford University technicians have decided to train local entrepreneurs in February.

Oxford hopes to forge long-term partnerships with the Foundation in the field of technology, including the transfer of multi-dimensional technologies to the agricultural sector by editing data from greenhouses for artificial intelligence.

Agreement will be reached soon ….

A memorandum of understanding will soon be signed between the Agricultural Development Foundation and Vidya Pratishthan’s Kamalnayan Bajaj College of Engineering and Architecture and the Center for Artificial Intelligence at Oxford University.

read more: Fraud with actors claiming to give them a chance to star in a short film

The result of Sarath Pawar’s vision ….

Sarabjit Pawar, chairman of the trust, called for the technology to be used in agriculture. He has been instrumental in many new projects, including the establishment of Innovation and Incubation Centers. Sarabjit Pawar’s role was crucial in shaping the new relationship between Baramati and Oxford. Sarabjit Pawar was pleased to learn that the course would no longer begin in Oxford.