Home World According to Xi Jinping and Vladimir Putin, Russia is better than China’s allies: the Kremlin 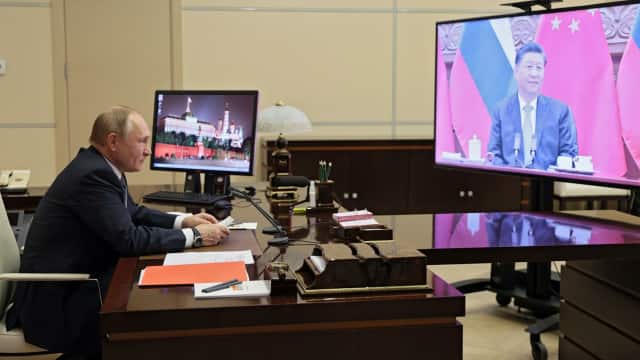 Russian President Vladimir Putin and Chinese President Xi Jinping are holding a virtual meeting amid ongoing tensions with the United States. According to a Bloomberg report, top leaders of the two countries have described the relationship between the two countries as excellent.

Chinese state media have reported that Xi Jinping has described Putin as his old friend. He said Putin strongly supported China in defending its core interests and opposed attempts to divide China and Russia. “I applaud Putin for this,” he said. We are ready to launch new projects for cooperation in many fields. Our relationship is beyond partnership.

The summit took place during talks between US President Joe Biden and Russian President Vladimir Putin on the crisis in Ukraine. Despite Russia’s denials, the United States has repeatedly said in recent days that Russia could launch an attack on Ukraine in January.

According to the Kremlin, Xi Jinping has raised concerns with Putin about US actions in the Asia-Pacific region. This includes talks about the creation of an OAGS that will undermine the foundations of the Nuclear Non-Proliferation Treaty in the region.

Putin said the need for a period of closer coordination between Russia and China at the international level. The two countries must work together to solve many global problems. He described Russia-China relations as a true model of cooperation between states for the 21st century.