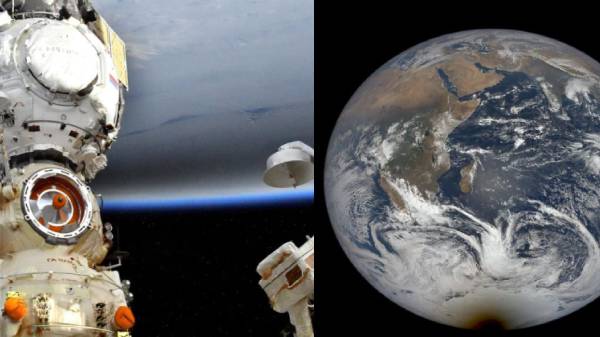 The last solar eclipse of this year

What would it be like to see a total solar eclipse

All this aside, have you ever wondered what it would be like to see a total solar eclipse from space., NASA has shared the answer to this as a photo. NASA has shared images captured from the space lab on Instagram. It beautifully shows the shadow of the moon passing over Antarctica.

NASA has also recorded a caption to this post. In it, do you ever watch a solar eclipse? Do you know what it would be like to watch a total solar eclipse from space? The space agency said it captured the shadow as the Deep Space Climate Observatory (DSCOVR) spacecraft passed Antarctica. It has been reported that the shadow of the solar eclipse was most easily visible when the conical shape stretched across space.

NASA has shared three images in this post, showing how the second and third images in this post look from another perspective of the eclipse. That is, the International Space Station (ISS) astronaut Kyla Baron recorded images of the eclipse from the ISS. In this post, NASA explains how solar eclipses occur. In which its shadow falls on the earth as the moon moves between the sun and the earth. In some parts of it the shadow of the moon is eclipsed when it blocks the sunlight completely or partially. Similarly a total solar eclipse is a series of three straight lines: the sun, the moon, and the earth.

The Super Moon photo shared by the astronauts amazed the audience. ISS shared on its official insta page that the moon offers amazing view from space no matter what the phase is. The photo shared by the station was taken when the moon appears against the sun based on the earth. NASA says the largest of the full moons this year rose on April 7th. Pink Moon was pink. The International Space Station shared this photo on its official Instagram page. Netizens have been sharing various ideas for this, such as amazing photo, beauty, amazing photo.