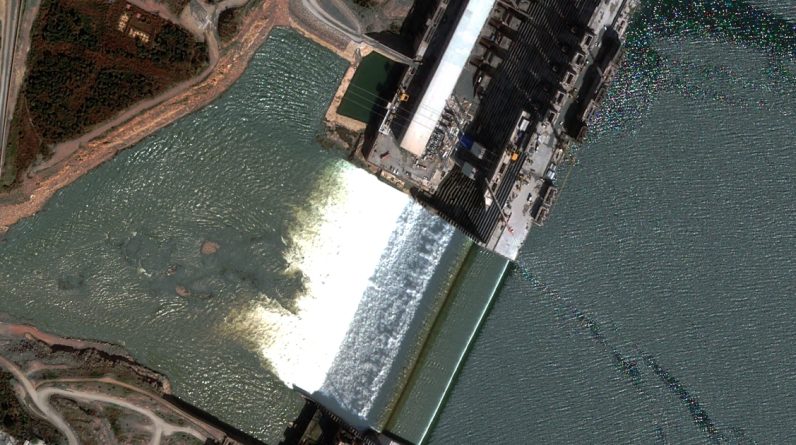 The following picture, taken on December 3, shows the completion of the retaining wall before the dam’s lower turbines exit.

The following figure shows the construction and equipment work in the waterway holes for the turbines that generate electricity with the lower turbines.

Other photographs reveal the completion of construction work on turbine openings on both sides of the dam.

It reveals the picture of the electrical connection wiring between the towers of the power plant at the dam and the neighboring towers being completed, ready to start the turbines and the start of the production process.

Poor satellite images show that the amount of water flowing from the dam’s midway point is constantly decreasing, and that its water level has dropped significantly in recent times. The beginning of its height in preparation for the middle lane and the third filling.

“We have done a lot of work this year to get to this point and we are working hard to produce the next turbines,” he added.

See also  What happens if two gas giants like Jupiter and Saturn collide?