Home Science Earth’s Black Box .. The Greatest Project Documenting Climate Change and the Role of Humans in Its Creation | Science 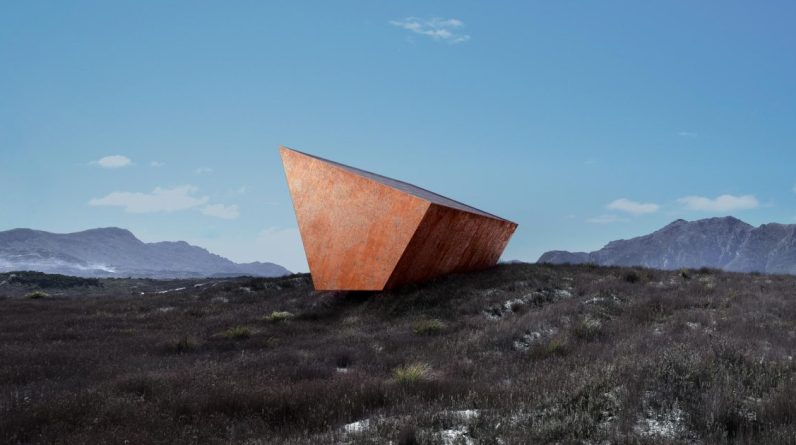 This fund provides an impartial account of the events leading up to the destruction of the planet, holds current generations accountable, encourages future generations, and aims to act urgently to avoid a bad end.

Hidden somewhere in a granite plain surrounded by high mountains on the remote Australian island of Tasmania, a giant steel chest is about to record the devastation we do today.

If those who discovered it could understand the messages in it, they would get a glimpse of what caused the fall of the civilization that once existed on earth.

Describe A statement Released on December 6 by “Science Alert” – Project The black box of the earth“(Earths Black Box) is a 10m by 4m by 3m high steel facility in the remote area off the west coast of Tasmania, soon to be filled with solar-powered hard drives.

When the sun rises, the black box downloads scientific data, and an algorithm extracts climate change-related material from the Internet.

It documents and preserves a collection of real-time scientific updates and analyzes of the tragic problems facing the world today.

The Black Earth Fund’s official website said, “If we do not fundamentally change our way of life, climate change and other hazards as a result of destructive human activity will lead to the downfall of our civilization.”

The black box of the earth will record every step we take towards this catastrophe; Hundreds of data, measurements and contacts related to the health of our planet are collected and stored safely and continuously for future generations.

The fundraiser will cover land and sea temperatures, ocean acidification, atmospheric carbon dioxide, species extinction and changes in land use, as well as population, military spending and energy consumption.

It also collects contextual data such as newspaper headlines, social media posts and news of important events such as party conferences. So if one day this archive finds future generations, they will be able to understand what happened to us on this earth.

And inside A statement According to Jim Curtis, Managing Creative Director, PPDO, the marketing agency Clemente, published by the Australian Broadcasting Corporation (ABC), “The idea of ​​the black box is that if the earth is destroyed as a result of climate change, the rest of this box will be available, and we will learn from what we have passed through.”

“Leaders should be held accountable for ensuring that their actions or inaction are recorded,” he added.

Completed in early 2022 at an undeclared location – the project is a collaboration between researchers from the University of Tasmania, the marketing agency Kleminger BBDO, and the Creative Agency The Clue Society.

According to the Australian Broadcasting Corporation, the remote Australian island of Tasmania was selected from a number of recommended locations.

The archiving process has already begun

Although construction of the home structure will begin in the middle of next year, hard drives have already begun to register, starting at the COP26 climate conference in Glasgow last November.

Using abstraction and archiving, the developers estimate that there will be sufficient data storage capacity for the next 30 to 50 years.

Meanwhile, developers are looking at ways to increase this capacity and long-term storage methods, including “steel plate” engraving.

“It will enable us to be more efficient at using every level of storage, and it will help us store data for hundreds – if not thousands of years -” they said.

Jonathan Nippon, of The Glow Society’s creative agency, told the Australian Broadcasting Corporation: “If people know that someone is recording their actions, it will affect all their actions and words, and that’s where our role is;

While some dismiss the Earth’s black box as a public relations stunt designed to get people’s attention – instead of a serious science documentary – there is no doubt that we urgently need more attention and action on these issues in a world full of trembling ice. In response to unprecedented levels of global warming, greenhouse gas emissions are going in the wrong direction, water is escaping, and animals are becoming extinct, scientists say, causing the sixth mass extinction on our planet.

“The purpose of the device is to provide an impartial account of the events that led to the destruction of the planet, to hold future generations accountable and to encourage today’s society to act swiftly to avoid the worst decisions we can make,” say the makers. The black box of the earth says.