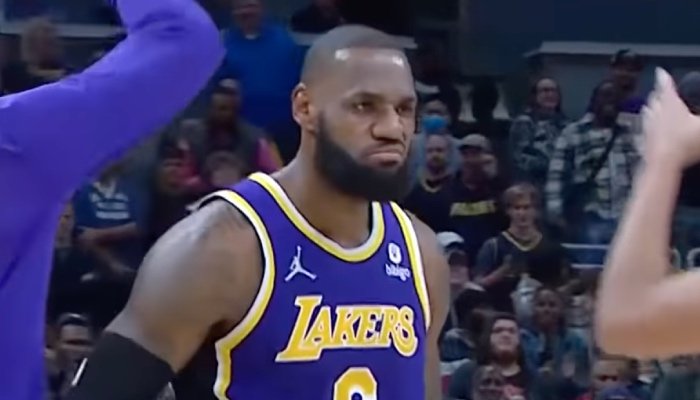 The winners left for Los Angeles with a smile on the Lakers’ face after an extension of their journey for the pacers. However, the league suggested that they could have drawn a bad face because this win could turn out to be a failure!

In general, playing intense overtime on the second night is not ideal for a back-to-back team. After a defeat to the Nix the previous day, the Lakers were unable to remove the pacers during control time. Blame it on poorly managed possessions in the end, but especially Indiana Rookie, the big clutch shot by Chris Duarte.

Chris Duart sends it over pic.twitter.com/5Tj52b2aBT

The crackers cheated against the Lakers according to the league

This shoot had no effect on the end of the match at the end because it was the Angelinos who got the better of the opponents the most time. Thanks to a hero LeBron James. However, King and his team should not have really been given even a second chance to win. This is what the league revealed in their subsequent statement that Duarte should have got a match point!

The NBA claims that Avery Bradley fouled Chris Duarte in the new players’ game building basket. The Lakers were one whistle (and one FT) away from Road 1-4 pic.twitter.com/ZHOfN1Fk4F

The NBA claims that Avery Bradley fouled Chris Duarte in the new players’ dying basket. The Lakers finished their road trip 1-4 with a whistle (and a free throw).

“Bradley (LAL) throws himself into the air at Dowarte (IND) before making contact with his body as he ascends to shoot. “

This 3-point shot could have turned into a 3 + 1, and the fate of the game was placed in Dwarte’s hands. Of course, the hypothesis that the latter would miss his bonus throw was more likely because it was only 66.7% of the workout this season, and the match was 2 defeats in 2 attempts. The young Dominican could be even worse The praise he received from his esteemed competitors.

Aside from unavoidable mistakes, the Lakers may have spent Thanksgiving in a very sluggish manner. Anyway, they know who to thank when carving a turkey on Thursday!