Home World Turkey and the Council of Europe: The Crescent of Kavala 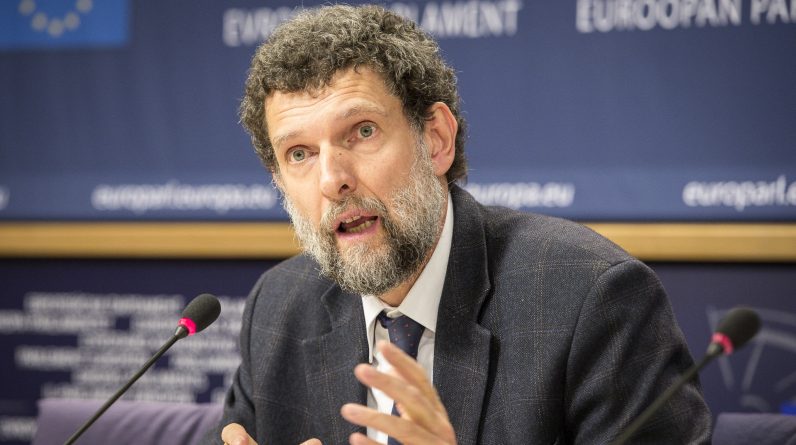 The jailed cultural guard has come back for questioning. The Council of Europe is threatening to expel Turkey because of this process. But the way there is complicated and plagued by many interests.

Usman Kawala, a human rights and cultural promoter, has been sentenced to four years in prison without trial and is being re-tried in Istanbul today – in a case involving human rights activists, Turkish opposition and EU ambassadors and journalists: the Office of the Attorney General and, in particular, Turkish President Recep Tayyip Erdogan. In accused Gezi of financing the protests and plotting in 2016 – based on the allegations, which were unsubstantiated and structured, by the consensus of independent observers.

The day of the trial is very exciting because the Council of Europe threatened Turkey with violations in September due to the Kavala operation – the deadline is November 30. The next three-day meeting of the body responsible for such cases in the Council of Europe begins. Following the ruling of the European Court of Human Rights (ECHR), Turkey has not implemented it for more than a year. Because in May 2020 it acquitted Kavala of all charges against the Turkish judiciary. Despite being a member of the European Council and bound by the decisions of the ECHR, Turkey ignores the ruling.

If at least two-thirds of the 47 European Council member states vote in favor of measures against Turkey, they may be excluded. Frank Schwabe, a member of the Bundestag’s SPD and a member of the Parliamentary Committee on Human Rights, considers a two-thirds majority: a clear majority. Erdogan’s rights violations can only be avoided by changing course during the trial against Kavala.

Those familiar with the case are talking about a simultaneous ban on house arrest or overseas travel instead of pre-trial detention.

If the judiciary continues to be under scrutiny and the Council of Europe takes its expulsion procedure seriously, a long two-stage process will follow, according to Council of Europe sources: after the referendum on the expulsion procedure, Turkey will be consulted. Related timeline. Following this, the Council must again send the case to the ECHR with a two-thirds majority – the latter to verify whether Turkey has now fulfilled its obligations.

If the ECHR confirms Turkey’s mistake, the governments of the countries represented in the Council must decide how to proceed. With a two-thirds majority, the European Council may decide to exclude Turkey. However, it is said from there that there is no automatism.

There is only one violation in the history of the Council of Europe: despite being released by the ECHR, Azerbaijan has not wanted to release opposition politician Ilker Mamto for years. It was only when the Council began its operations against Azerbaijan that it ruled there. Mammadov spent five years in prison.

Meanwhile, Ankara hopes that even if Kawala continues to be detained, a two-thirds majority will not be available next week. Of the 47 countries there are some, such as Russia or Azerbaijan, where Turkey is currently facing the same hardship due to politically motivated imprisonment. These are likely to vote against copyright infringement. In addition, before the meeting in late November, Turkey may apply bilateral pressure on allies to vote against the practice.

Credibility of the European Council

Sergej Lagodinsky, a Green Member of the European Parliament, has been pursuing the Kavala case for years and has repeatedly called for Turkey’s release. He says the government in Ankara has been trying to make progress in talks with the EU over the past few months. However, it must meet the minimum standards for dialogue, namely the judgments of the Human Rights Council of Europe and competent courts, with or without butts. Lagodinsky says that if Turkey does not liberate Kawala, it will have repercussions on the Council of Europe.

SPD MP Schwabe says that if it does not reach a two-thirds majority, it will severely damage the Human Rights Court, which is part of the European Council and the Council itself. None of the 47 member states take ECHR seriously.