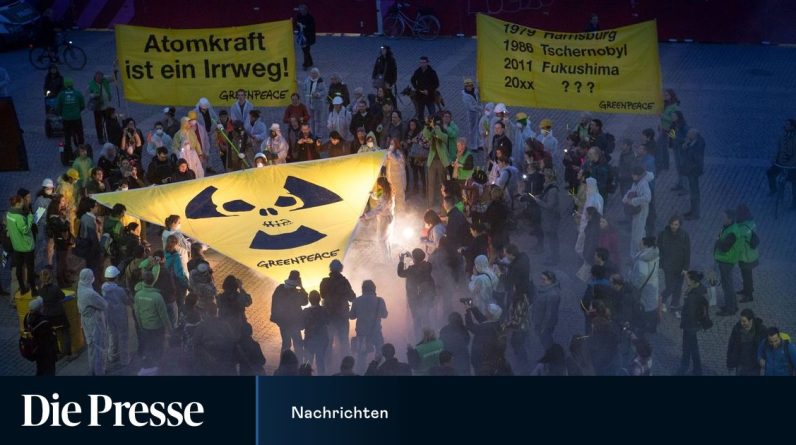 The European Commission decides on the classification regulation. A government under the leadership of France wants to “green” the initiative nuclear power. Austria is considering legal solutions.

The decision of the EU Commission on Classification Regulation is approaching, and the answer to the question of whether nuclear and natural gas comply with the guidelines for sustainable financial investment. When submitted in April, both sources of energy were still missing from the relevant legislation. In October, a French-led government initiative called on the Commission to give the nuclear “green”. Austria will appeal in this case.

According to Austrian Environment Minister Leonor Gஸ்sler (Greens), adding nuclear and gas to the classification would not jeopardize anything less than their credibility: For this reason there is no legal basis for adding nuclear power to the taxonomy, “Gewessler argued, based on two legal concepts.

Austria is not alone in this view, and Germany is anti-nuclear in taxonomy. Denmark, Portugal and Luxembourg voted against it at the UN Climate Conference in Glasgow two weeks ago. At the same time, the five-state bloc emphasized that each EU country has the freedom to choose which powers to use. It was also in a joint letter to the EU Commission with Spain but not Portugal at the time.

However, France and its fellow propagandists, more than all Eastern European nations, have argued that the need for nuclear energy is CO2-neutral, “through affordable, sustainable and independent energy.” According to law firm Redeker-Sellner-Dahs, “Nuclear production is often viewed as low-carbon activity, so it is not sufficient to meet the requirements of the Classification Order.”

France: “Do not think of classification without nuclear power”

However, French President Emmanuel Macron has once again relied on nuclear power, saying that without it, climate neutrality would not be possible by 2050 – 70 percent of French electricity comes from nuclear power plants. Earlier this week, French Finance Minister Bruno Le Myre was quoted in “Handelsblatt” as saying: “We can not think of classification without nuclear power” – “a part of the French identity”.

Outgoing German Chancellor Angela Merkel also stressed that nuclear power is a technology that will give France a bridge, but Merkel said, “We want to classify natural gas as a bridge technology.” The EU Commission is smart enough to finally recognize the need for an overall strategy for climate protection strategy called the “Fit for 55”. “Austria rejects all plans to classify nuclear and fossil fuels:” We have already stated this position to the Commission several times and have supported it with legal opinion, “Kewessler said.