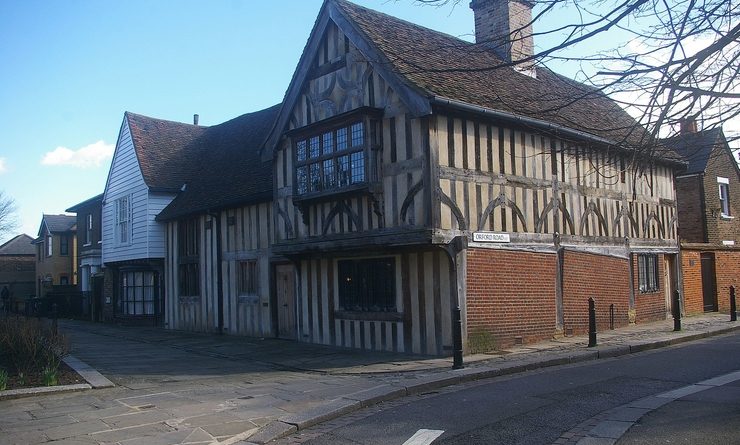 After going inside Three oldest pubs in London, Find the oldest private house in the capital. Still medieval and real, its construction dates back to the 15th century.

Although parts of London, such as the Canary Wharf, are symbols of modernity, they are frozen over time, compared to other ‘cities’. This is the case in Walthamstow County, which hosts the oldest house in London. As the name implies, Walthamstow’s ‘Ancient House’ is truly ancient, very old.

This half-timbered building was rebuilt in the 15th century, more precisely in 1435, and remains in the center of the village six centuries later. The architectural style of this house is called “Hall Home”, which refers to the design surrounding a large room called “Hall”. Around this main room, where family life was once organized, about ten small rooms were used to store food. The first floor is reserved for bedrooms.

No one really knows who owns this house, but the property on which it was built was known as ‘Walthamstow Tony’, which is said to be a combination of former owners ‘Waltheoff’ and ‘Ralph de Tony’, a gentleman. He married Alice in 1103, one of the daughters of Valtiop. The second theory is that Tony refers to “dove” as the Saxon word meaning “stuffed place.”

In the 1930s, the real house was most recently discovered. These mud walls, in the early 18th century, were long hidden under white wooden planks installed to protect the building from bad weather. In 1934 Mr. Robert Fuller and his architect C.J. Bruvin discovered its true value. The boards are then removed, half-timbered and reinforced, and a red brick wall is installed in the lower part of the facade. In 2001, medieval style windows were added.

The road past the ancient mansion was converted into a one-way street. One way to protect this monument from pollution and road traffic. Today the place is divided into four parts and the houses are separate houses.

While the medieval building on Orford Road in Walthamstow may seem a long way off, it is worth noting that there are still two private houses in central London today. A quick Google Maps search will often return to the 41-42 Cloth Fair. The house, which was restored before the Great Fire of London, is certainly the oldest building in the city. Built between 1597 and 1614, it miraculously survived the Great Fire of 1666, which destroyed 80% of this part of London.

But the second house, built in the early 15th century, still stands, and can be visited because it was converted into a museum. Located in Hockney, Sutton House, Built in 1535 for Ralph Sattler, character in Hillary Mandel’s novel but above all the famous diplomat under the rule of Henry VIII, Edward VI, Mary I and Elizabeth I. This house also squatted in the 1980s, so Motley is on the scene. Floor decoration of the museum. The last interesting element is arranged in the Abandoned Caravan Garden Breakers Yard.