Home World Details of the Emir of Qatar’s meeting with the Sultan of Oman … and signed 6 cooperation agreements, especially on the military side 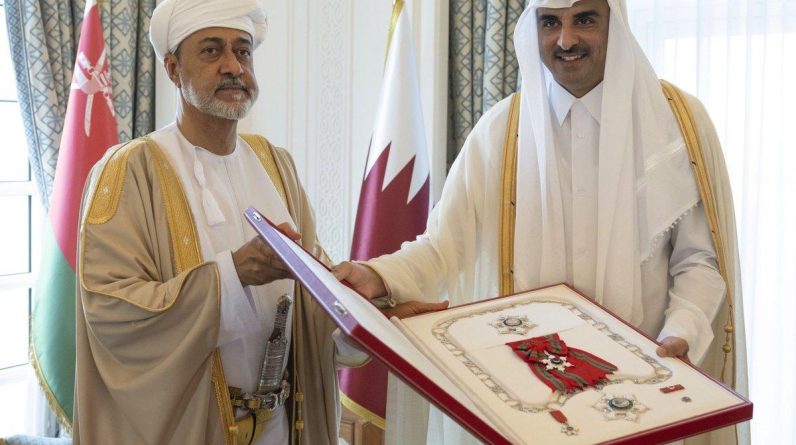 The visit of Sultan Haitham bin Tariq was “a response to the generous invitation of the Emir of Qatar and to strengthen the unique and strong ties between the Sultanate of Oman and its sister nations Qatar and Qatar,” the Omani news agency reported. We need to strengthen bilateral relations between the two countries. “

Sheikh Tamim and Sultan Haitham held talks and discussed bilateral relations between the two countries and ways to enhance and enhance them, particularly in the areas of politics, economy, investment, tourism and transport, according to a statement issued by the Emirate of Qatar.

The Emir of Qatar accounted on Twitter for gifting the Emir of Qatar, Oman Sultan, with the gift of “the sword of Sheikh Jassim bin Mohammed bin Thani, a symbol of brotherhood uniting two fraternal peoples.”

The court added that the Sultan of Oman presented the Emir of Qatar with the “First Class Oman Civil Medal” in recognition of him and as an expression of the strength and ancient fraternal ties between Qatar and the Omani people.

And as an expression of the strength and ancient fraternal relations between the peoples of Qatar and Omani, and in appreciation of his superiority, he granted the First Class Oman Civil Order to His Excellency the Sultan of Oman. # Diameter # Oman pic.twitter.com/uvQiaDlD1z

See also  Italy: Formation of a parliamentary interim committee to support the autonomy plan in the Moroccan Sahara