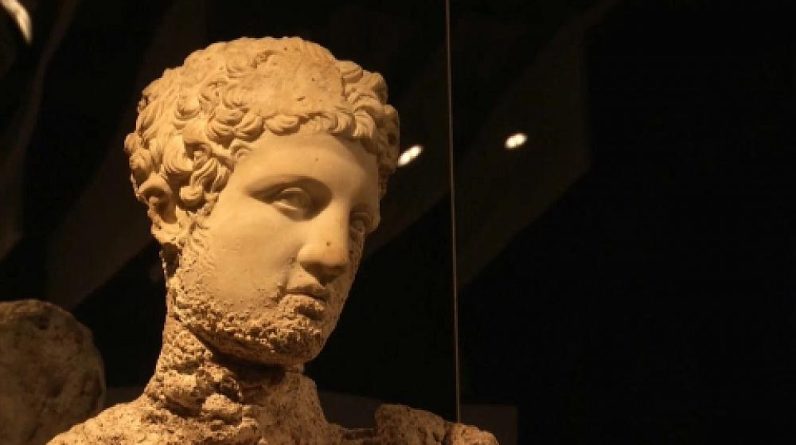 “Ancient Greeks: Science and Wisdom“The name of the exhibition that opened this Wednesday Museum of Science in London. Artifacts and statues illustrate the scientific way of thinking of ancient Greece from Aristotle to Pythagoras; From math to music, among other things.

“We displayed a statue of Hermes found at the famous site Antikythera decay. It was discovered in 1901. At the time, it would have been a sculpture, but it would also have been a commodity that people were eagerly buying. Her body suffered severe sea erosion, but her face looked right; This is because it was protected by the sediment of the ocean for two thousand years before it was discovered“, Explains Dr. Jane Desparo, Superintendent of Scientific Instruments at the Science Museum in London.

Another statue is on display in front of Hermes and appears in excellent condition. It is a representation of an athlete who anoints his body with oil before sports. This small sculpture strikes at its proportions and is not accidentally displayed there.

“We put it in our math body section. Here we read how the ancient Greeks had the idea of ​​a better symmetrical body, which they believed was simulated by successful athletes who participated in the Panhelonic Games.“, He says Dr. Jane Desparo .

The exhibition “Ancient Greeks: Science and Wisdom” continues until June 5.