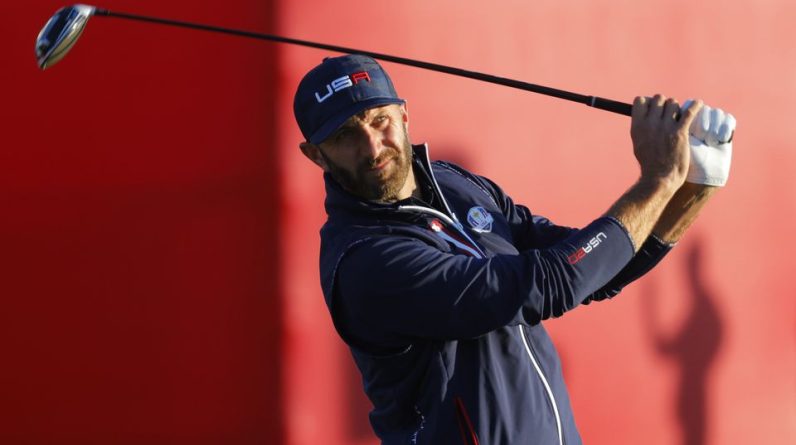 Dustin Johnson is not renowned for his composure under pressure in major tournaments. For the brilliance of his long game, Johnson’s ability on the greens has held him back from collecting multiple majors to match the all-time greats of golf.

The pressure appeared to lift from his shoulders at the US Open in 2016 when he finally broke his duck after several frustrating near-misses. However, it took another four years in the rescheduled 2020 Masters to add to his tally, securing the famous Green Jacket in the process.

Johnson’s excellence resulted in him being an automatic selection for the USA’s Ryder Cup team. Steve Stricker would have been concerned with his 7-9-0 record entering the competition. Johnson would defy his doubters with one of the finest performances by an American in Ryder Cup history, finishing with a 5-0 record at Whistling Straits.

He will now be hoping that this provides a boost of momentum heading into the 2022 Masters, where he is backed on the odds for betting on the golf at +1200 to win at Augusta. There will be many candidates for the Green Jacket, but Johnson should be among the leaders given his recent form. However, it will be worth consulting the golf tips before placing a wager on the American to win the event.

Johnson had a rare poor performance at Augusta last season as he missed the cut for only the second time in 11 appearances at the Masters. He surrendered the Green Jacket without a fight to Hideki Matsuyama, and will have been disappointed with his effort in his two rounds.

Before that, he had posted five top-10 finishes in a row between 2015 and 2020, notoriously missing the 2017 tournament after suffering a freak back injury when falling down the stairs the day before the event. The Masters can torment even the best of players, but Johnson has displayed a brilliant set of results, highlighting his quality on one of the trickiest courses in the world.

His performance at the Ryder Cup should instil him with ample confidence. And although Phil Mickelson proved that age is no obstacle to winning majors, Johnson will be feeling the pressure to capitalize on his window of opportunity. He was the oldest member of the USA Ryder Cup team, which was stacked with talent and emerging players on the rise. Due to the lack of any outstanding players in the mould of Jack Nicklaus and Tiger Woods, majors have never been more open. The last player to win consecutively was Jordan Spieth in 2015 when he won both the Masters and the US Open, while Brooks Koepka won the US Open and the PGA Championship in 2018.

There could be an opportunity for Johnson to use the momentum of his sensational Ryder Cup performance to dominate the major scene in 2022. In 2020, he finished in the top three of the majors played, finishing second at the PGA Championship along with his Masters win. Therefore, he is more than capable of achieving the feat and enhancing his legacy on the tour.