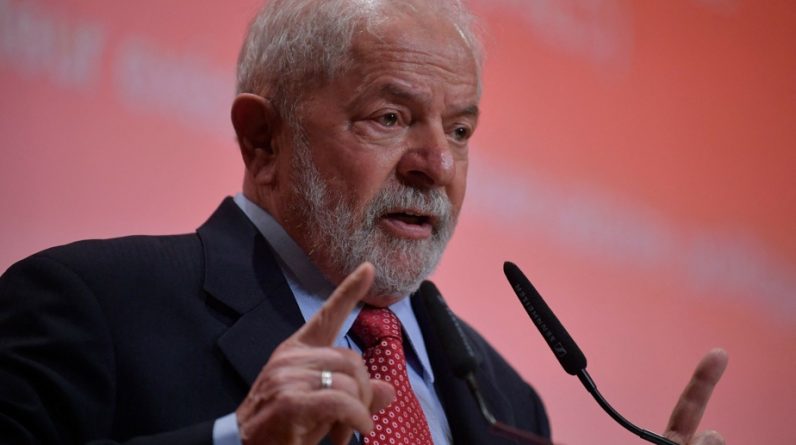 
“The country is being destroyed and the country must be rebuilt,” said Lula, 76, who promised on Monday that he was “ready” to run in the October 2022 presidential election, for which he has been given the upper hand against the current president. .

“Only the Brazilian people can democratically reject it (Bolzano, Editor’s note). That’s enough pasta. This country deserves better,” he continued to the applause of the 400 people who came to hear him at the Science Po Paris.

“This government has left Brazil behind in the world, and it is the Brazilian people who are suffering,” he said, condemning “Brazil’s political and diplomatic isolation.”

Nobody invests in Brazil (…) because he treats women rudely, does not like blacks, burns forests because he is violent towards tribes ”.

The official announcement of Lula’s candidacy is eagerly awaited since she was re-qualified following a Supreme Court ruling in March that quashed her bribery charges for legitimate wrongdoing.

If the former unionist appears, it will be his sixth presidential campaign in an attempt to run for a third term after leading the country from 2003 to 2010.

Lula is touring Europe this week via Brussels, Berlin, Paris and Madrid. He announced he would meet with Emmanuel Macron on Wednesday, which Elysee confirmed, after meeting with future German Chancellor Olaf Scholes on Monday. The former president also announced talks with Spanish Prime Minister Pedro Sanchez.

He explained the purpose of these meetings was “the future of the treaty between the European Union and Latin America”, without quoting the Free Trade Agreement, which ended in June 2019, twenty years later. Negotiations between Europe and the four Mercosur countries (Brazil, Argentina, Uruguay, Paraguay).

“We do not want to export soybeans, corn or iron ore,” he lamented. Latin America wants “industrialization” and “export of manufactured goods with high value”.

Negotiated by the European Commission on behalf of the EU countries, this agreement will not be ratified until it is approved by the parliaments of the 27 member states. Some countries, including France and Germany, are reluctant, especially doubting Brazil’s commitment to protecting the environment, as deforestation and fires have increased under Jair Bolsanaro in the Amazon.