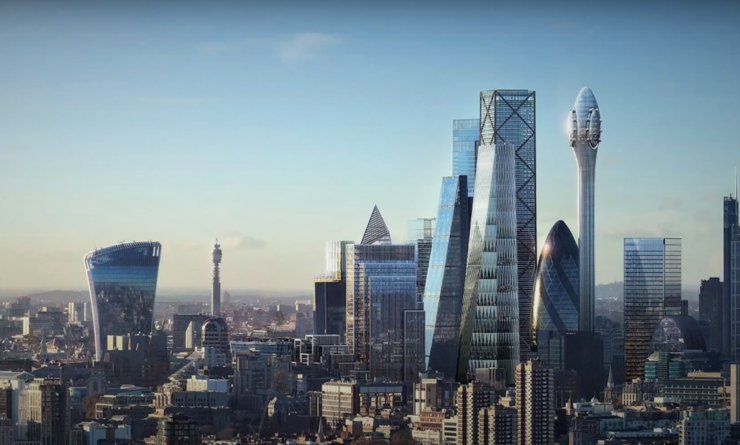 We thought its construction was over a few weeks ago, and the government once buried the Tulip Tower project, a 305m building designed by Foster + Partners.

The decision was announced by Housing and Community Minister Christopher Pinser: the construction site for the Tulip Tower has been officially abandoned. The tower, which will become a tourist attraction designed by Foster + Partners, will be located at 20 Barry Street in London’s Financial District. This is a surprising result that puts an end to the long story of long twists and turns of contradictions about its fate from the very beginning of this highly controversial project.

Ministers justified their decision by highlighting the impact the building had on the Tower of London on the one hand and its impact on the other. “The use of high-strength reinforced concrete for foundations and lift rods is a very unsustainable concept.” According to them, the building is nothing more than a “Confusion of Architectural Ideas” Without clear feedback.

In an investigative report, city planning analyst David Nicholson said “Tulip’s proposals are nearing a climax.” Then he mentioned “Subtle details and an elegant presentation are very exceptional” But one thing “Purpose, shape, materials and location” Will give rise “Further damage to a design and other heritage property that could cause significant damage to the importance of the Tower of London”, The Tulip Tower in particular would not have been carbon neutral. Also, London City Airport is concerned about the impact on its radar system.

Historic England, one of the British officials in charge of protected areas, welcomed the abandonment of the project. “Penetrate vision” And “Very inappropriate.” Its general manager Duncan Wilson promised that this new building would be his part “The visitation experience of millions of tourists and Londoners hurts. “

The Tulip Tower would have become the tallest in the city and the second tallest in the capital. Architecturally, the tower should consist of a 12-story glass dome, with the throne mounted on a concrete pillar, open to visitors, bars and restaurants.

Even the plan ” Irregular Failed to impress the government

Christopher Pincher made the decision on behalf of Secretary of State Michael Covey, and is following David Nicholson’s recommendations to reject the plan following a public hearing last November. Initially, the verification of the plan, which was scheduled for September, should have been led by Gov. Pioneer Robert Genrick, who was removed from his post during the restructuring.

Nicholson believed it too “The benefits that a new tourism economy will bring to the economy, tourism and education will be relatively modest compared to the city and other similar arrangements.”, Thus the building failed in the eyes of government accountants.

The final decision to end years of controversy

It is planned to be built near Kerkin, with plans for Tulip from Foster + Partners submitted in 2018 by Safra Group. Initially approved by the London Corporation in the spring of 2019, the project was halted by London Mayor Sadiq Khan. The latter rejected the plan a few months later on his behalf “The damage it could do to London weather.” “ According to him the skyscraper would have brought only one building “Very little public benefit” Because “Not enough quality” Its design.

The promoter in charge of the project spoke about the government’s decision on Thursday, thus expressing regret : “We are disappointed with the decision of the UK government to deny permission for the Tulip building. The project represents a unique opportunity to reaffirm London’s reputation as a world leader in architecture, culture, education and tourism. “