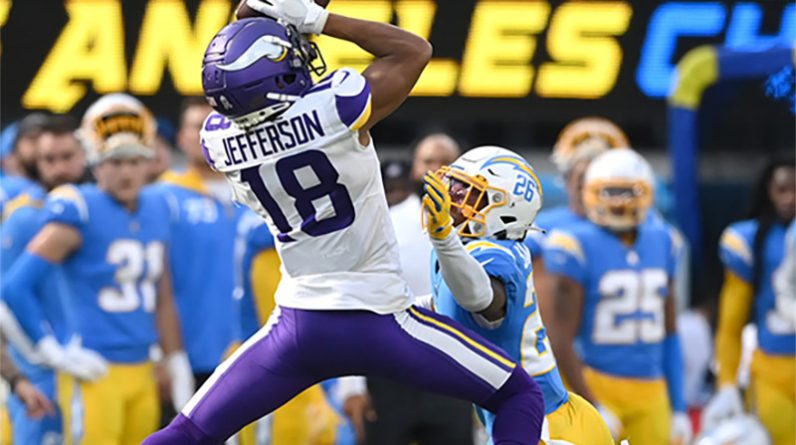 Unable to respond late in the game, the Chargers missed the chance to be in charge of AFC West. The lack of solutions by Justin Herbert (20/34, 195 yards, 1 touchdown, 1 interception) was limited by Minnesota’s valiant defense led by the excellent Eric Kendricks (7 tackles, 1 sock, 1 interception).

With more than 36 minutes in possession, the Vikings got their hands on the leather and the game. Impressive Justin Jefferson, distributed by Kirk Corsins (25/37, 294 yards, 2DT) to 7 different targets. Finally very serious and attentive, Minnie gave the impression of having excelled at a particular meeting, and resumed at an NFC where the 7th jump seat for the playoffs was where they could reach.

The first 20 minutes are summarized in a kicking story. Punt and field goals on both sides, handkerchief rain for the most unruly players. Eric Kendricks intercepts Justin Herbert and ignites the fuse. Kirk Cousins ​​punishes LA for finding Conklin for Touchdown. 3-13

The first stroke of intelligence capable of raising chargers. With alternating runs and short passes, the attack progresses. Larry Roundry crashed to the ground. Upon returning from the locker room, the locals turned it over. Above 75 yards, this time Austin Eckler is at the end. 17-13

The Vikings can count on Justin Jefferson. The receiver shows the level of his skill in an acrobatic reception at 27 yards. Enough to put his people on the tracks of a drive back completed by Conclin. The Vikings are back in the lead. They also increase their lead in their next possession. Dolvin Cook, who had been out of sight until then, completed a 7-minute long drive on the field and gave his team air. (17-27) Limiting their opponents to a field goal, the spectators put their hands up without turning the ball over. A week to face the Bakers, the Vikings are giving themselves a major win and are full of confidence.