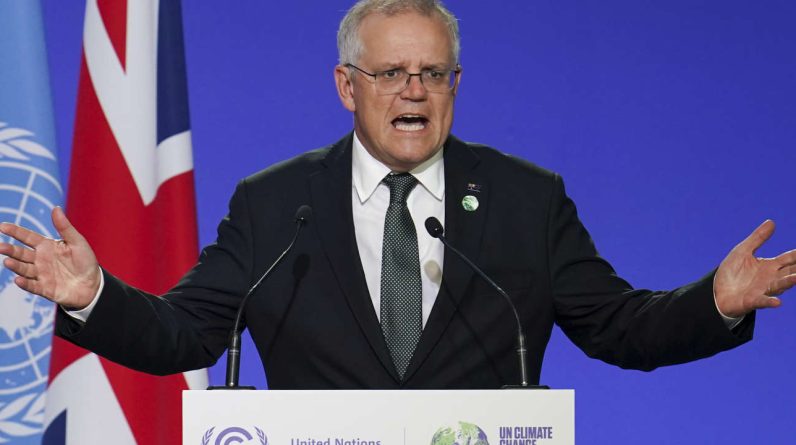 That sentence was not uttered directly to Emmanuel Macron. But in the context of the submarine affair, which has shaken diplomatic relations between the two countries, it could be seen as a response to the allegations made by the French president against Australian Prime Minister Scott Morrison.

Asked if a Melbourne 3AW radio reporter had lied in public, the Australian Prime Minister responded on Friday, November 12: “I don’t think I have [menti], No no. “

He recently accused the head of the Australian government of lying to him.55 55 billion deal for twelve submarines canceled without warning in September.

The French president told Australian reporters at the beginning of the statement that he had recently discovered that Australia had secretly negotiated a nuclear-powered submarine deal with the United States and the United Kingdom. “Own[ait] ⁇ Scott Morrison lied to him.

An important topic of discussion in the Australian political scene

Malcolm Turnbull, Scott Morrison’s predecessor and rival in the Liberal Party, did not calm down the debate, promising that the current prime minister had a reputation for lying. The integrity of the latter has become a major issue in the Australian political scene and a potential weakness for Mr Morrison, who could run for a second term in the May elections.

Read more The article is reserved for our subscribers Submarine crisis: “The mystery surrounding the Aukus deal is not surprising”
See also  Robert Fisk: The best and most truthful journalist in danger

But Mr. Morrison brushed aside this question: “In public life, I learned not to have too thin skin. “ The head of government assures us that these allegations did not bother him and that he was determined to make the right decision in defiance of the pledge regarding French submarines to ensure the national security of his country.

“I am not afraid of that [sa décision] Hurts some or hurts some feelings “, He pointed out that US nuclear-powered submarine technology has not been shared with any other country since the signing of an agreement with the United Kingdom in 1958.