Home Science NASA showed for the first time what the Earth looks like from the latest satellite, Landsat 9 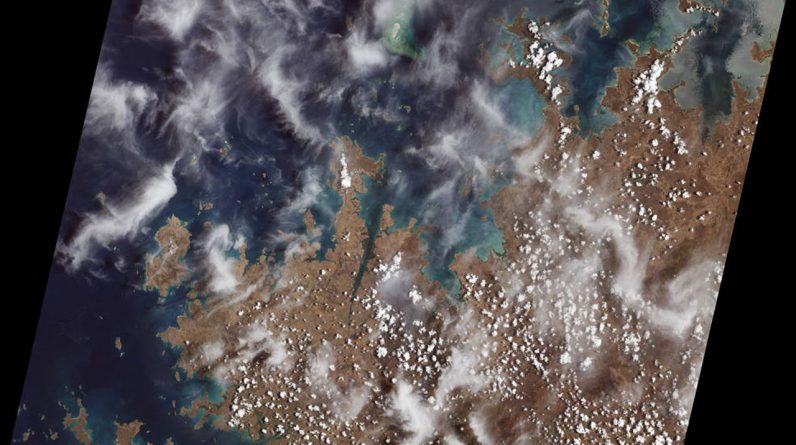 At the end of September this year, NASA and the United States Geological Survey (USGS) launched the latest Landsat satellite, Landsat 9. Landsat satellites have been in service for almost five decades to better understand how climate change is affecting our planet.

The Landsat 9 satellite has already sent the first images of the Earth, images taken on October 31st. They provided NASA and USGS with important data about the planet’s landscapes and beaches when viewed from space. NASA says it will continue to work with the U.S. Geological Survey to strengthen and improve access to Landsat data for decision makers in the United States and around the world. Both organizations hope that satellite images will help them understand the impending climate crisis, manage agricultural practices, protect natural resources and respond better to natural disasters.

The photo includes Detroit, Michigan and nearby St. Clair Lake. Pictures also show cities and beaches along the coast of Florida and Navajo County, Arizona. NASA says the data will help monitor crop health and manage irrigation water. The new images also show landscape changes along the coast of the Himalayas in northern Asia and northern Australia.

NASA claims that Landsat 9 is very similar to Landsat 8, which has been in orbit since 2013 and is still in orbit. However, the new satellite has several improvements, including the ability to send high radiometric resolution data to Earth for analysis. Thanks to the improved radiometric clarity, the satellite is able to detect better differences in terrain, especially in water or dense forests, compared to older satellites. Landsat 9 can distinguish more than 16,000 color shades at a given wavelength. While Landsat 8 is still in orbit, Landsat 9 replaces Landsat 7. In comparison, Landsat 7 can only detect 256 shadows. The Landsat 9 project manager notes that the new images are fantastic.

The two satellites, Landsat 9 and Landsat 8, are expected to collect about 1,500 images of the planet’s surface daily and cover the entire world every eight days.

See also  Archaeological remains have been found, including lead sarcophagus