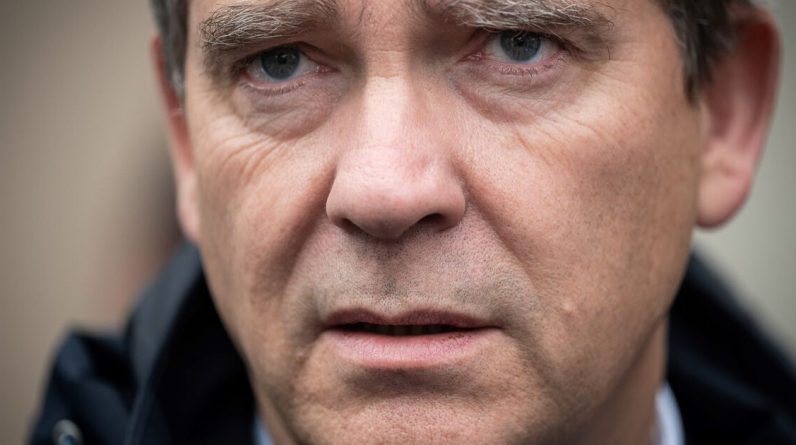 The weekend is almost over, and it’s time to reconnect with the news!

Skylift: Mask and health mandatory if infection worsens. During a visit to Haute-Savoie, Prime Minister Jean Costex announced the health protocol in place at stations and ski lifts this winter, following a dramatic tourist season last year. Read our article.

Equans: Bouygues acquires Engie’s service subsidiary for .1 7.1 billion. With the acquisition sealed on Friday evening, the construction company is making the biggest move in its history. Equans unions remain suspicious with 1,800 copy positions. Read our article.

Immigration: Le Pen to Montebourg. The guest of honor at the “Grand Jury” event, the presidential candidate presented a plan to prevent private money transfers to countries that refuse to deport undocumented persons expelled from France. Read our post.

COP26: In Glasgow, protesters break their voices for the planet. On the one hand of COP26, nearly 100,000 people from the north and south of the planet marched in the Scottish city this Saturday demanding quick, real action in the face of climate change. “Already devastating many lives and territories”. “We no longer want small promises. The latest IPCC report is dangerous, we want to see change now! ” Bellegrino Pescio, a 16-year-old from Belgium, disguised as a blue unicorn. Read our report.

The infrastructure plan, which was approved in Congress, hails Biden as “a tremendous forward.” On Friday evening the US Congress firmly approved the comprehensive infrastructure investment plan promised by Joe Biden. If he was openly satisfied, the latter could not yet convince his majority MPs to vote for his major social and environmental reform. Read our article.

In Iraq, the prime minister escapes an “assassination attempt” by drone. Iraqi Prime Minister Mustafa al-Qasimi escaped unharmed “Assassination attempt” A new escalation of the crisis continues in Iraq by drone strikes targeting his home in Baghdad overnight from Saturday to Sunday. Several countries, including the United States and Iran, have condemned the attack, and Iraqi President Berham Saleh has condemned it. “Attempt to overturn constitutional law”.

Paris Masters 1000: Djokovic celebrates his No. 1 record by beating Medvedev. World number one Novak Djokovic lost to defending champion Daniel Medvedev (2nd) 4-6, 6-3, 6-3 on Sunday to miss out on a Grand Slam berth at the US Open in September. Our article.

Plane crash: Brazil mourns singer Marilia Mendonசாa. The most popular in his country, the star died at the age of 26 on Friday evening. He was the epitome of “Certaneja” music, and Aurverde remained a macho until its progression. The singer’s friend, PSG player Neymar paid tribute to him after his first goal against Bordeaux. Read our article.

The long march of elephants shook China. Fifteen wild talkers left the Xishuangbanna archive in southwestern China, where they had lived exclusively until then, and we never know what prompted them to head north before returning to their place. A historical epic that has captivated millions of Chinese people for seventeen months. Our article on the context of the new Libé des Animaux (published this Wednesday, November 10th)

In Jura, Wild Animal Hospital. As the number of admissions continues to rise, Athenaeum shelters are pushing to put injured animals back on their feet, despite the lack of resources, to raise awareness about wildlife conservation. Our report.

Kovit-19: “Israel would not have come out of the fourth wave without the third dose”. Israel has been recommending a third dose of the Govt vaccine for several months. Professor Cyril Cohen, director of the Immunotherapy Laboratory at Bar-Ilan University in Tel Aviv, conducted a study on the booster. According to him, “it is 90% effective against severe forms”. Our interview.

Hollande called Hidalgo on the chorus: “Are there bad polls? This is a good sign.” The Socialist Party candidate for the presidential election arrived at the former head of state Chorus’ land on Saturday. Opportunity to formalize and coordinate its support. Our report.

“I Stop Spider-Man”: In Reims, an icebreaker meeting between young men and police officers. The Greens de France think tank is organizing a series of meetings between police officers and youth from priority neighborhoods around the country around sports and creative workshops. Each group aims to create a link by reconstructing the representations of the other. Our report.

Will continue at the beginning of the week

Astronaut Thomas Baskett will return to Earth on Tuesday. This Sunday, the Frenchman will depart from the International Space Station with three other astronauts and complete his second spaceflight. “When we are getting ready to leave, there is a bitter feeling”, Thomas Baskett told a news conference from the space station on Friday. “We’ll never come to see ISS again. It’s really a magical place.” Read our article.

See also  London: Incredible swimming pool between two buildings, but not for everyone