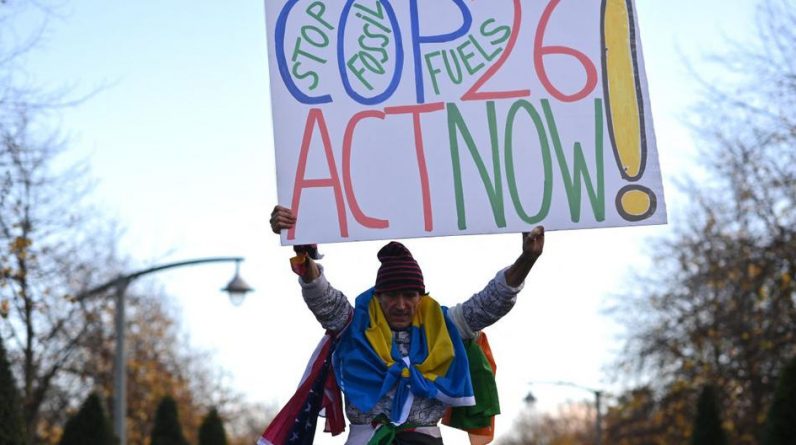 Glasgow Summit last Sunday Climate change. I have a feeling that everything related to the climate and its change on the planet Earth has not been given the media coverage it deserves.

The alarms have not stopped beating yet. It is true that the epidemic seemed to set aside our worries. Also, because of the laziness with which we were drowning, we discovered that the sky was blue, or temporarily, returned a portion of their territory to their native immigrants.

Some of the promises made at the summit have begun to be fulfilled. The downside is that responsibilities are not tied up. Also, the worst thing is that the most polluting countries are not represented.

View: [Opinión] Sonia Cyrinos: “From the game of squid to the things that need to be cleaned”

But not everything is negative: Biden came as a sign of goodwill. He also promised to halve national emissions by 2030 and eliminate them en masse by 2050.

At these summits, which have been repeated for more than 30 years, it is said that “they are very important but … annoying.” In Glasgow, however, Prince Charles of England has had the opportunity to deliver his message, which is said to have achieved at least three objectives: to reduce the temperature to at least 1.5 degrees; By financing developing countries they too can engage in action against climate change and, ultimately, affect the carbon problem. The most difficult aspect.

Greta Dunberg, whom we once spoke of from these lines, has aged. There he continues to struggle. Young people are not disappointed, other names and other movements are growing and visible in their rise. We will be waiting. And moderate optimism. It’s going to them!