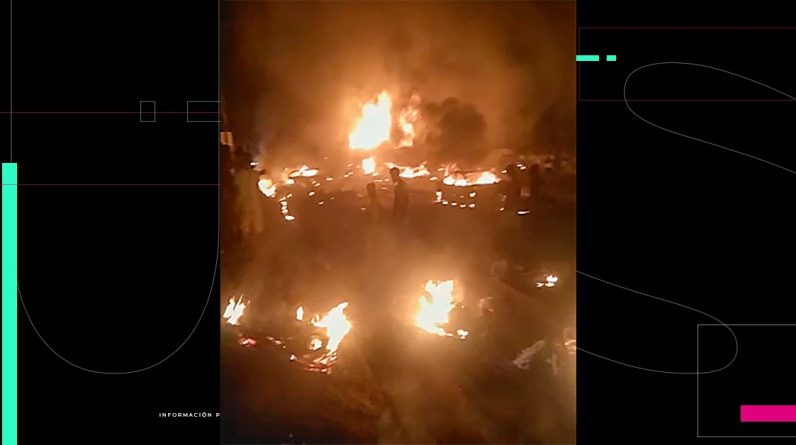 AP.- At least 92 people died and dozens more suffered serious injuries Tanker truck explosion At a gas station near the capital Sierra Leone, Officials and witnesses said Saturday that a large crowd had gathered to collect the leaked fuel.

The blast occurred when a bus collided with a truck on Friday night Wellington, A suburb east of Freetown.

Read more: Explosion report in northeast China; At least one person was killed and 33 were injured

As of Saturday morning, 92 bodies had been found, according to the Connaught Hospital morgue. Fode Musa, an employee of the hospital’s intensive care unit, said there were about 30 people Severe burns They may not survive.

The clothes of those injured in the ensuing fire were burnt and damaged Explosion, They were lying naked on a stretcher when the nurses treated them on Saturday. Hundreds of people waited outside the doors of the morgue and hospital for the news of their loved ones.

It is not immediately known how many people are being treated Burns Because the victims were transferred to various hospitals and clinics in the metropolitan area.

Video obtained by Associated Press Then a large fireball was shown burning in the dark sky ExplosionSome with severe burns screamed in pain. The burnt remains of the dead lay at the scene, waiting to be transferred to the morgue.

Related information: An explosion has occurred in a building in Georgia, USA; Two are missing and one is injured

“My condolences to the families who lost loved ones and those who were devastated as a result,” the president tweeted.

For his part, Vice President Mohamed Zulde Jallo visited two hospitals at night and pointed out that the National Disaster Management Agency and other agencies were “working tirelessly”.

“We are all deeply saddened by this national tragedy and this is a very difficult time for our country,” he said on his Facebook page..