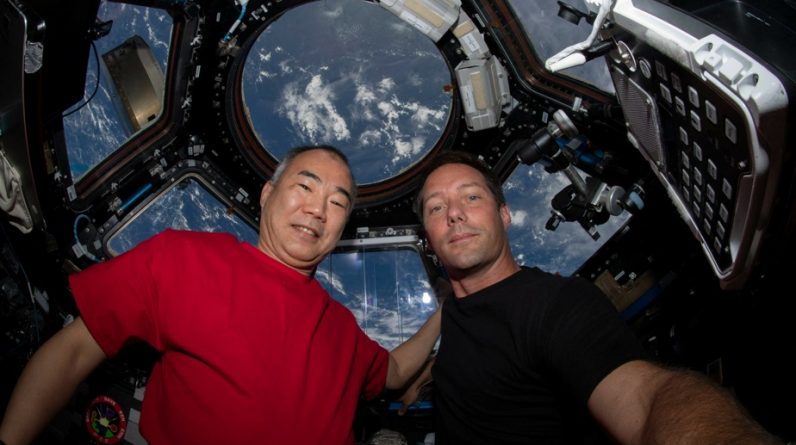 (Washington) NASA announced on Thursday that four astronauts could leave the International Space Station on Sunday, but the timing remains uncertain, especially due to the weather.


Four astronauts on a mission called Crew-2 are set to return to Earth this month after spending about six months on the ISS.

They usually had to wait for four astronauts, three Americans and a German to arrive at the station from Crew-3.

But the launch of their rocket, which was postponed several times and rescheduled this weekend, was canceled again due to “adverse weather”, NASA said in a statement.

The “first possible opportunity” to dismantle the capsule that will bring Crew-2 back to Earth is Sunday at 1:05 p.m.

NASA said a setback on Monday was possible without providing a specific schedule.

Once separated from the ISS, the capsule will travel several hours, varying greatly in duration, and then landing in Florida.

For Crew-3’s take-off, the closest launch is likely to be at 9:51 p.m., but only if NASA does not return Crew-2 on Sunday or Monday.

Crew-3 is scheduled to launch on the SpaceX Falcon 9 rocket from the Kennedy Space Center in Florida, where astronauts have been isolated for several days.

“Based on the likelihood of favorable conditions, the teams will make the final decision on whether to prioritize Crow-3 launch in the coming days or prioritize Crew-2 return,” NASA explained.

Both of these missions are being carried out by NASA in conjunction with SpaceX, which now provides regular missions from US soil to the ISS.

“These are complex decisions that change from day to day,” NASA’s Business Project Manager Steve Stitch said in a statement. “The weather in November will be particularly harsh.”

During an exchange with President Emmanuel Macron on Thursday morning, French astronaut Thomas Baskett spoke of the uncertainty surrounding his return.

“The last days were a little special,” he said. “We still have work to do, but our full to-do list, we’ve finished it, and we’re ready to come back.”

“Somehow, it was almost a blessing,” he added. “These few days, for me, I’m trying to make the most of it. It’s like a plane before it returns to Earth.”