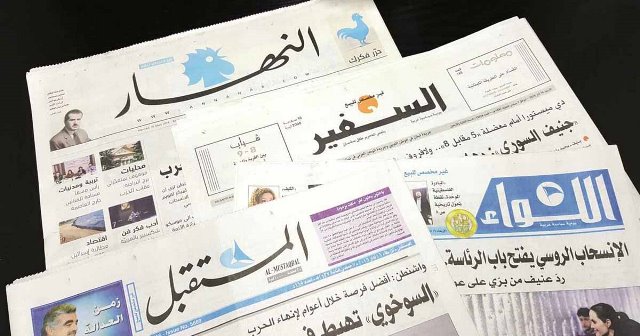 A Saudi campaign against Mikati and his ministers … and Hezbollah describes Riyadh’s actions as “aggression” | The head of government, the US-Iranian naval conflict, and Washington are branding “alternative options” in the event of a “nuclear” failure.

Al-Tiyar: Al-Assad received an official invitation to go to the United Arab Emirates … Saudi demands are impossible, Aun and Mikhadi March 8 is impossible: Kartahi did not apologize from Riyadh with a red line and government statement. Strikes include public sector and waste crisis …

Nita al-Wadan: Government institutions are crumbling … the ball rolls on “job non-cooperation”. Mikadi is adamant: Kartahi “must resign with civility!”

Al-Bina: Iranian-US naval conflict in the Sea of ​​Oman… and Moscow defends Lebanon… and Saudi Arabia joins the conflict / Mikoti returning with international speed, with suggestions for creating a road map for its recovery. Calls for end to government / government crisis without provoking the Gulf… seeks Arab League… and connects Kardashian resignation with solution /

An-Nahar: No dismissal, no resignation, no cabinet!

Major General: Criticism of Saudi Mikati … and US call to open channels. Qatari mediators meet with Blingen before heading to Beirut … and Berkeley for steps to restore ties with the state