Home Science Shall we rewrite textbooks? The journey to the center of the earth shows that the inner center is not just a solid iron ball 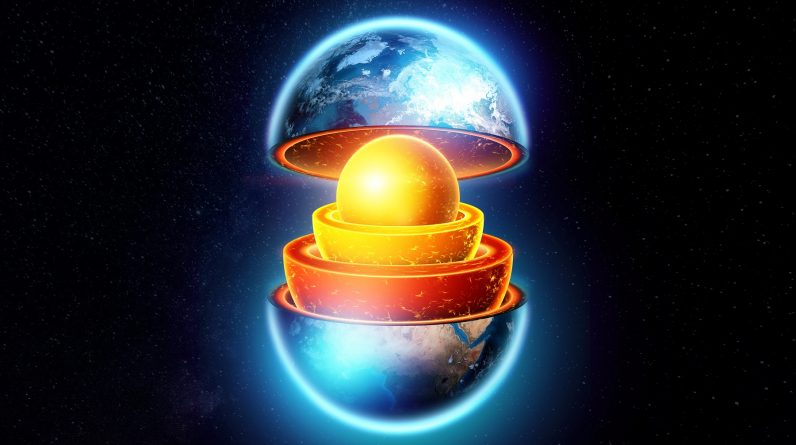 Although Jules Verne in his science fiction novel sent three brave men to the center of the earth as early as 1864, due to the tremendous pressure and temperature, no man or technology could go there.

Journey to the center of the earth

Although we can not directly observe What is happening in the heart of our planet, We can see it with the help of seismic waves. However, from this indirect surveillance system, experts can find out where. Recently, they were even in a study published in the journal Physics of the Earth and planetary interiors, Was able to find that the center of the earth is completely different than we thought. The portal drew attention to the topic Space.

Over the years, the Earth has been made up of many envelopes and geological layers – the crust, the mantle and the outer and inner center. Recently, another study even suggested it In the center of the earth is another layer that is always hidden deep.

This time, by mapping the center of our planet, the inner core is not a solid iron-nickel alloy as expected, but rather a kind of “slurry” material.

More specifically, new research shows that or rather a “solid” inner core surrounded by an outer fluid core is actually an array of fluid, smooth and hard structures, the core of the inner layers (last 250 km), gradually moving from one state to another. University of Hawaii On your site.

In other words, the composition of the Earth’s inner core gradually changes from hard to semi-smooth to liquid metal.

All previous information about what is under the Earth’s crust was derived from volcanic activity and seismic waves. Still no difference.

How do we observe the interior of our planet?

In their research, they have mapped the center of the earth with the help of scientists Seismic waves, Which can be considered as a type of wave that is exposed during the decay of rocks. Deformations can be caused by a rock mass collapse or by earthquakes. 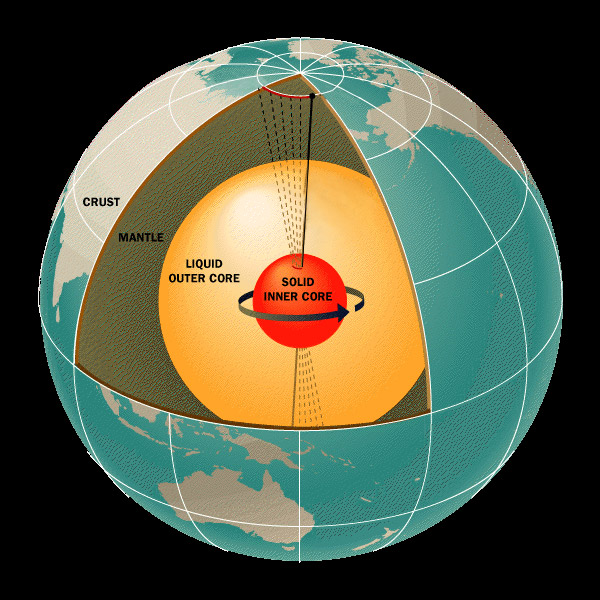 Seismologist Jessica Irving explains that by measuring these massive vibrations, the inner workings of the planet can be reconstructed like a tomographic image.

When seismic waves move in different layers of our planet, their speed changes. In addition, the waves can be broken and deflected in different ways depending on the density, temperature but also the composition of the layer.

According to geophysicist Red Butler, the whole study began with a mismatch of numbers. The scientist and his team observed seismic waves created by large earthquakes in five different parts of the planet and noticed something strange happening when they crossed the center of the earth and went to the opposite side of the globe.

A type of seismic wave, called a “cut wave” passing through a solid center, began to divert in some places.

It was immediately clear to scientists that something was wrong, it was not mathematics, it was structure. They reassessed the assumption that the Earth’s inner core was solid and voila, and concluded that the inner core was not only a solid sphere as we thought, but also some “pockets” of liquid and semi-solid iron on it. Surface “.

See also  Mathematics has been declared racist in the United States

Research has the potential to change our understanding of the Earth’s magnetic field.