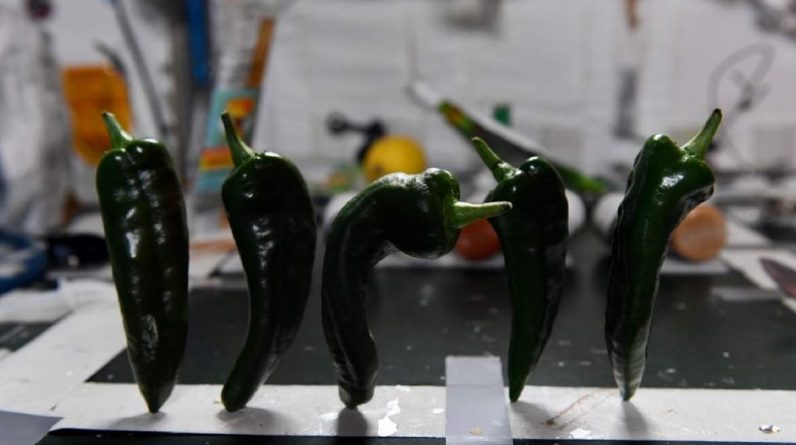 The nations of the world are engaged in research into whether it is possible to survive in a world beyond the earth. Astronauts are exploring the possibility of growing a plant in space and conducting various experiments. The Mexican food tacos prepared by NASA astronauts at the International Space Station is attracting attention. This taco has a specialty. The filling inside the tacos is made using the chilli grown in space. Chilli seedlings were planted four months ago. Chili harvested in space was brought to Earth. NASA says this is the first time such a harvest has been carried out in space.

Astronaut Megan McArthur tweeted pictures of chili, chili plants and tacos. We cooked with red and green chillies. With that I did tacos at the space station – Megan tweeted. The tacos filling was made with tomatoes and chili.

Friday Ceremony! After harvest, we taste the red and green chillies. Then we filled out the surveys (need data!). Finally, I still made my best space tacos: Fajita Beef, Rehydrated Tomatoes & Artichokes, and Chile! https://t.co/pzvS5A6z5u pic.twitter.com/fJ8yLZuhZS

The first chili harvest took place on Saturday in space. NASA says this is one of their most challenging experiments. This is because seeds take longer to germinate and grow than land.

Station astronauts learn how to grow food in space NASA Plans human travel to the Moon, Mars and beyond. https://t.co/3lp48mBThg

Most scientists at the space station eat packaged food. Thus they are forced to eat low quality and nutritious food. The team decided to cultivate chillies as they can be harvested very quickly and are high in vitamin C.