Home Science Video: This is what the earth and the sun look like from the south pole of the moon 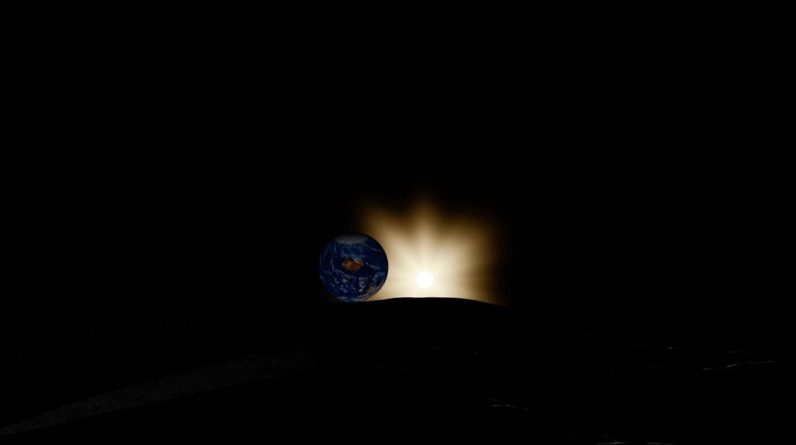 “The Earth appears to be upside down and spinning backwards,” NASA said in a video.

The National Aeronautics and Space Administration (NASA) released a video on October 16 showing simulations of motion. “Unusual“Earth and sun when viewed from the moon’s south pole.

The space agency points out that the virtual camera is located on the edge of the Shackleton abyss and points to Earth. The mountain on the horizon 136 km away is unofficially called Mons Malabert.

“Here, the sun orbits the horizon, not more than 1.5 degrees above or below it, while the earth moves further and further down, not far from the 0 ° longitude”. Points out At NASA. “The earth seems to be upside down and spinning backwards. The always low angle of the sun creates very long shadows that rotate over the rough lunar terrain.

Some time later in the video, while watching the ‘second month’, the earth passes in front of the sun and creates an eclipse.

“For the audience on Earth, this one Lunar eclipse, In which the moon passes through the shadow cast by the earth. However, when viewed from the moon, it is a solar eclipse“, As explained in the video.