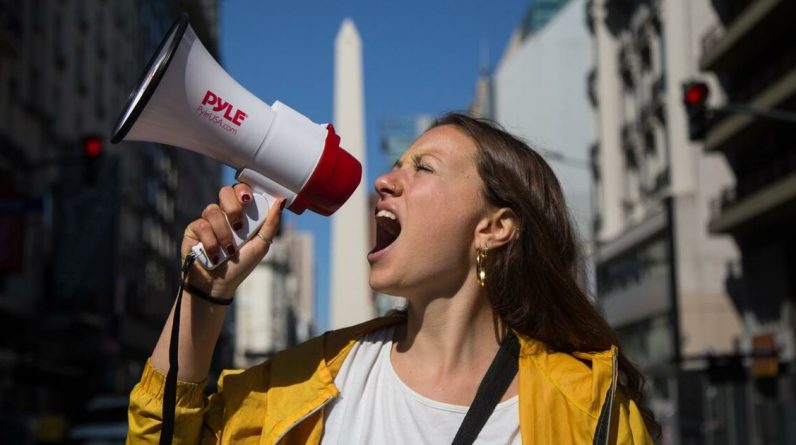 Nicky Becker, a young Argentine activist in Glasgow, protested against the South American continent’s debt crunch to the financial institutions of countries that have contributed to climate change.

Nicole Becker of Argentina, nicknamed Nicky, is 20 years old. He is a law student and one of the founders of the Argentine Youth Movement for Climate and one of the most fascinating references, which coincides with Fridays of the Future, created by Creta Dunberg. Coming from a feminist background, she has been fighting against homicide and the right to abortion in Latin America.

This is the second time you have participated in the COP as a representative of South American youth. What are your expectations?

First of all, I am glad that, unlike the last COP, in Madrid, there will be a large representation of young people from Latin America and the southern states this year. We worked hard for it with Fridays for the future. We are trying to tackle a little bit of Eurocentrism, which is being affected by the climate debate, and it is difficult: for example in Latin America it is six years since the COP. However, we know that the most vulnerable people are the most vulnerable, most of whom are from the south. It is important to listen to these voices. An important thing to handle