Home World The venue for the Biden-Erdogan meeting 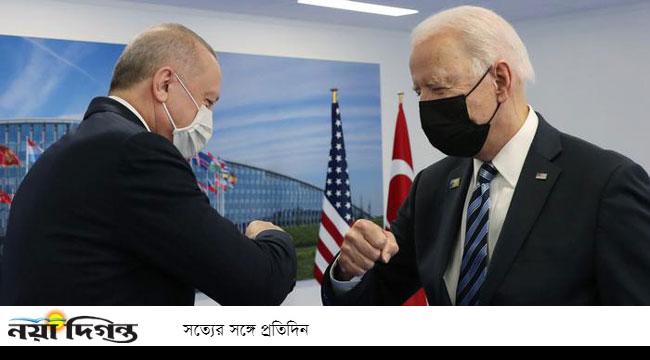 Turkish President Recep Tayyip Erdogan is attending a climate change summit in Glasgow, Scotland next week. There he meets with US President Joe Biden.

Erdogan will discuss the F-35 fighter jet with Biden. “Most likely we will meet in Glasgow, not Rome,” Erdogan said after a visit to Azerbaijan on Wednesday. There I will talk to Fiden about the F-35 debate.

The summit will be held in Glasgow next week. Biden-Erdogan separate meeting will take place.

“We paid $ 1.40 billion to buy the F-35,” Erdogan said. I will talk to Biden about how the United States will repay that money.

Both Biden and Erdogan will attend the COP 27 summit. There the two leaders are to meet and talk separately.

See also  Russia retaliates by imposing sanctions on US, but says it is open to meeting with White House | The world