Home World In Madagascar, the United Nations was the first famine in history caused by global climate change 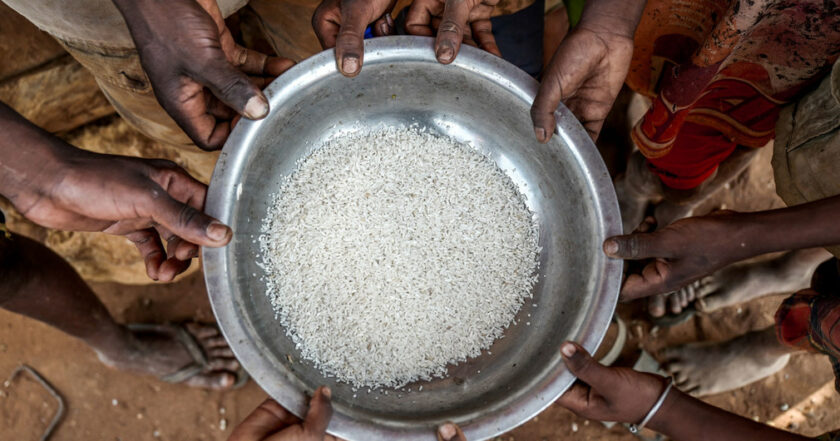 According to the World Food Program, more than a million people in southern Madagascar are actively trying to escape the first famine caused by global climate change.

about this Reports UN

“In some areas, people can still grow something, but every year they have to deal with more and more difficulties. In other areas, nothing grows now, so people survive by eating locusts, fruits and cactus leaves. Cactus leaves were only used before. As food for livestock, people I have never eaten them, “said Alice Rahman, a spokeswoman for the World Food Program (WFP).

“If all is left as it is, the number of hungry people will grow exponentially in the coming years. This applies not only to Madagascar, but to a large number of other countries and entire parts of the planet,” he said.

The region has suffered heavy losses due to drought over the past few years.

In the current weather conditions, the situation is complicated by the fact that even cactus is gradually dying of drought.

To survive, people give up their own agricultural produce and sell livestock, fields and even their homes.

“In order to earn at least something, they throw all the energy of the family, even stop taking the children to school, and this has a negative impact on the island’s education level,” says Alice Rahmon.

The World Food Program, in collaboration with humanitarian partners and the Government of Madagascar, serves the country in two key areas.

First, about 700,000 islanders are already receiving the food they need to survive.

Within a week, world leaders will convene at the UN Climate Change Conference (COP 26) in Glasgow, which UN Secretary-General Antonio Guterres has called “the last chance to change the situation on the diseased planet.”