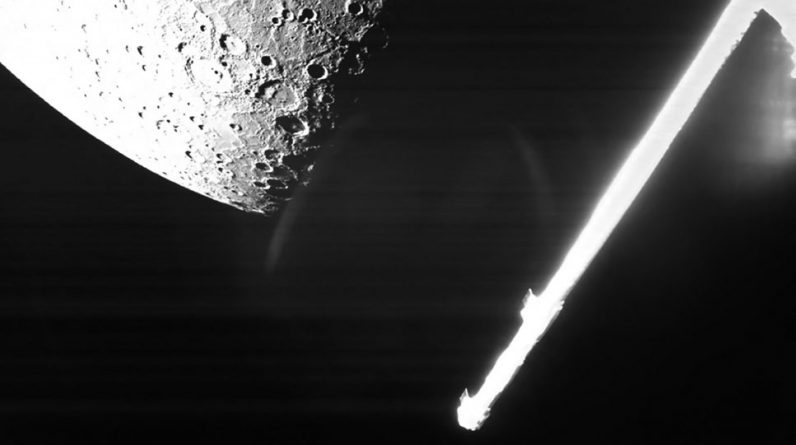 Mercury, the smallest and least known planet in our solar system, was documented last week in images of the two-satellite spacecraft “Picolombo”. A joint mission between the European Space Agency and the Japanese Space Agency began in 2018, and last Friday went near the planet during a maneuver using gravity: the operation used gravity to slow the spacecraft. In Piccolombo it will go near the planet five more times in similar maneuvers until it enters orbit at the end of 2025.

The spacecraft, in black and white, used only surveillance cameras and only used images of a hot star from a short distance astronomically – about 2,418 kilometers. The European Agency reports that the photos show part of the star’s northern hemisphere, filled with volcanoes, and a smooth, bright area of ​​plain around a large crater. Photos show parts of the spacecraft, including its antennas and magnetometer.

The surface of Mercury is darker and darker because they formed from large volcanic mats billions of years ago. That part is scarred and crushed, and at first glance resembles the Earth’s moon. As you enter the orbit of the sphere you will explore these features at the Gate of Colombo. It explores the magnetic field of a hot star and its composition, its geophysics, the atmosphere around it and its past. He will also attempt to explore Einstein’s general relativity. All of these are affected by temperatures above 350 degrees.

“The plane is perfect for the spacecraft, and it’s amazing to finally see our destination star,” said Elsa Montnion, the spacecraft’s operations manager. As mentioned, last week’s maneuver was the first of six maneuvers designed to capture the spacecraft by Mercury’s gravity and enter orbit around it. Every time in Piccadilly you have to approach the planet from the right place, and scientists have devoted many years to carefully planning and calculating the orbit.

The mission was named after the Italian scientist Giuseppe Pip, who created the gravitational environment conducted by NASA’s Mariner 10, the first spacecraft sent to explore Mercury in 1974. “NASA Ambassador” a. Travel from 2008 to 2015. Piccolombo’s next attraction on Wednesday will be on June 23, 2022. More photos will be posted in the coming days.