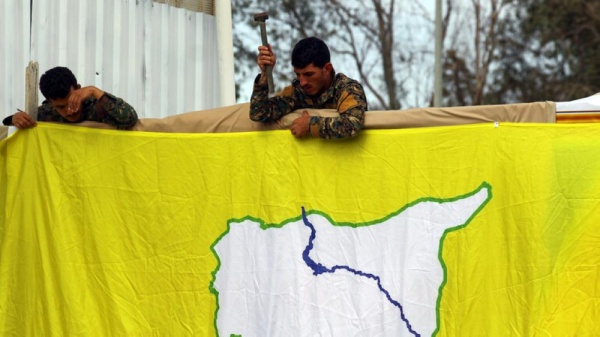 According to the Syrian News Agency, Syrian Democratic Forces “SDF” began a campaign of raids on villages in the rural areas of Tal Prak, northeast of Hasaka.

Local sources said “SANA” has been surrounded by US-occupied military vehicles and machinery belonging to “SDF” militants since last night, encircling the governor’s villages in the northeastern Del Barak district, and raided homes in the villages of Smehan, tal al-Fars and al-Jaza, and 100 from the villages. More than a dozen civilians were abducted and taken to an undisclosed location after committing atrocities against the people, including beatings and insults. ”

Sources say the arrest campaign by the SDF, after popular protests in the area, rejected the militants’ plunder of the “Nestle” transformer in the north of the district, which feeds the surrounding areas and uses population centers to take it and feed some locations of US occupation forces in its military headquarters and region.

The sources added, “SDF gunmen also raided the home of a sheikh from the Albu Qattab clan associated with the Jaboor tribe, attacked an elderly man, broke into the house and stole mobile phones from other homes.”

According to Sanaa: “Yesterday, the Del Prague area of ​​northeastern Hasaka saw the struggles of the people of Del Prague to stand up against the” SDF “and prevent the occupation of public property.

See also  Turkey puts a Christian church up for sale