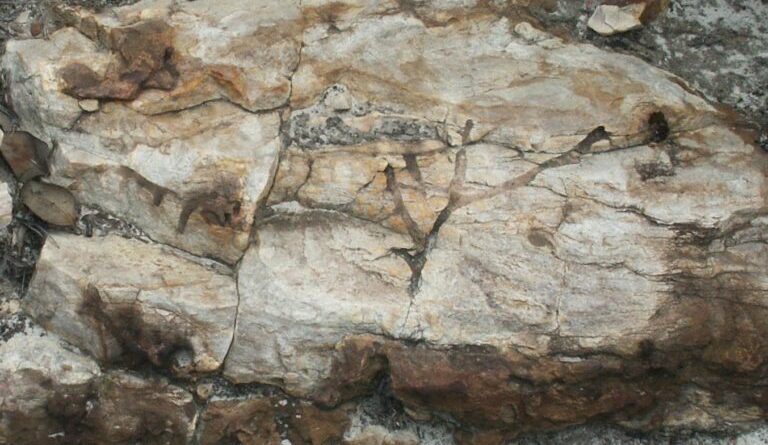 Traces of these creatures have confused scientists for nearly half a century because they were misplaced, and the geological processes that contribute to resolving this dilemma have finally emerged.

A team of researchers has succeeded in solving the mystery of mysterious animal burials that has confused geologists for nearly half a century.

In southwestern Australia in the mid-seventies, scientists found holes similar to bushes dug into one-centimeter-diameter sand and quartzite rocks (a type of sand alluvial metamorphic rock). Is millions of years old. This discovery was recorded for the first time Study Published in 1977.

The problem is that the oldest fossils of animals capable of digging are not more than 600 million years old.

Several explanations have been put forward for this mystery, and no other fossils have been found, including the fact that these pits were dug by ancient animals during the ancient Proterozoic period (2500 million to 1600 million years ago).

As the animals move, they leave their footprints in the sand like dinosaur footprints, and these traces reveal ancient animal lifestyles, ways of searching for food, and contact with other animals. Found in biodiversity.

In 2017, it was discovered International team Scientists in western Brazil discovered holes and burrows dug by creatures in rocks 555 and 542 million years ago.

The University of Manchester announced on Twitter that this research may invite us to review the history of animal evolution.

But the burrows found in southwestern Australia stunned geologists because they were dug into hard quartzite rocks that formed when sand sediments were exposed to high temperatures and pressures.

See also  A giant asteroid like Burj Khalifa will cross Earth at 90,000 km on Sunday

Says Emeritus Bruce Ronaker, professor of Earth, Planet and Space Sciences at the University of California, Los Angeles (UCLA). Report It was published on the university’s website last September 27 – “Animals cannot penetrate because quartzite rocks are so hard.”

Manchester research has shed new light on the evolution of animals https://t.co/IX1dIwkyGF pic.twitter.com/E6T3UCKNoY

Solve the mystery of the mysterious animal burrows

Submitted New study A description of the mysterious Burrows problem has been published in the journal “National Academy of Sciences” (PNAS), which is closer than the other layers of quartzite rock surrounding the sand that created the burrows.

These caves used a variety of techniques to measure the age of the sand, including radioactive materials and scanning electron microscopy, and found that the sand grains were initially separated from the rock surface by weather and flood factors. The creatures had the opportunity to dig holes and crevices in the rock, then others crossed the silica sediments and the rock regained its hardness and returned to the solid state of quartzite.

Researchers compare the age of the rock layers and discover that the layer in which these creatures dug their holes predates the Eocene epoch about 40 million years ago.

The group believes that these creatures that occupied southwestern Australia due to the expansion of the Southern Ocean at this time were crustaceans, and that at the time it was a tropical climate.

The significance of these fossil traces is that they accurately date each stage of their evolution into how organisms evolved from primitive single-celled organisms into complex multicellular organisms.

Stephen Fengson of the Swedish Museum of Natural History says, “Traces of these creatures have confused scientists for almost half a century because they were misplaced, and we were finally able to uncover the geological processes that contribute to resolving this dilemma.”