Home Technology Comments: Not everyone will like the new version of Windows: Fixed settings can cause headaches 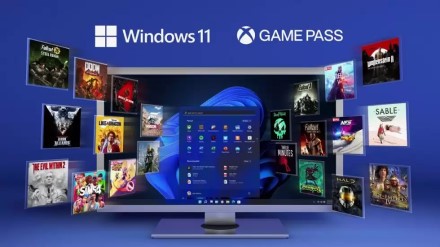 While Microsoft has said that Windows 11 will be better for computer gaming, those planning to buy computers with a pre-installed operating system should be wary. Thanks to standard security measures, the performance of games installed on the operating system can be up to 25% worse than usual.

There is a problem with the virtualization based security system (called VPS) used since Windows 10. Typically, this security system creates an isolated subsystem within the operating system that not only prevents unwanted and malicious files from entering your computer, but also utilizes physical and digital resources.

Microsoft describes the process as follows: “VBS uses hardware resources to create and isolate a portion of device memory. In this way, Windows significantly improves the security of your computer and protects you from malicious files and applications that try to avoid traditional virus protection. “To date, this feature is primarily used in commercial versions of Windows 10.

If you upgrade your device from an existing Windows 10 to Windows 11, do not worry, as your OS is unlikely to have VPS functionality. Since Microsoft has been talking about strengthening security settings on the new operating system since August, problems can arise when purchasing a new device that is already installed on the latest version of Windows. According to the technology company, virtualization-based security systems will already be installed on many newer systems, and ways to integrate this functionality with older systems will be explored in the future.

Representatives of PC Gamer Magazine have tested several games with the VPS security system on a single device – its impact on system performance is obvious. For Cry New Dawn performed better, the game’s frame rate (FPS) was down five percent. The results of all the other games tested were very bad, with Horizon Zero Dawn falling 25%, Metro Exodus 24% and Shadow 28%. Surprisingly, the 3DMark test score dropped by only 10%.

See also  Do you know the salary of Apple employees?

After the “clean” installation of Windows 11, the VPS feature will be enabled automatically, but the first effect was noticed by the security certification system UL, which stated that it was not active when the OS was upgraded from Windows 10. This means that the same device may work differently depending on how the new operating system is installed. It is also worth noting that the normal operation of the system is not affected by the virtualization – the frequency of the processor and video card remains the same, but less power is used.

PC Gamer has installed Windows 11 several times and every time you install the operating system this security feature is not activated automatically, so users should check the security settings of the device before playing games. Devices running Windows 11 VPS Security will reach pre-enabled users.