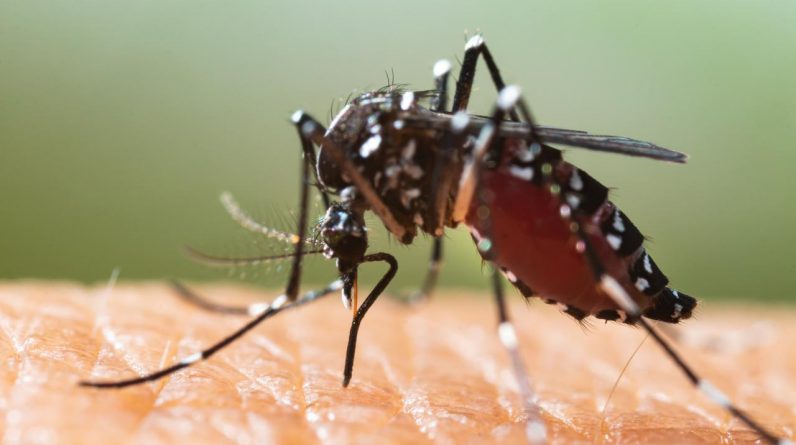 In western Germany, in Hesse, Asian tiger mosquitoes appeared. This invasive species is considered a potential carrier of dangerous diseases. A few years ago, mosquitoes were called “the deadliest animals in the world” by Bill Gates.

Hazardous specimens have been found in Florsheim am Main and Hirschsorn in Hersh.

“Vigilant citizens identified them and sent small insects to the appropriate authorities,” said the Hesseyan Ministry of the Environment in Wisden.

“As a result of the globalization of the international trade in goods, the mosquito has spread from Asia to most of the world. The Asian tiger mosquito has established itself in some European countries south of the Alps. However, a mosquito can spread the disease by biting a human that carries the appropriate virus first,” he explains. Newspaper.

Asian tiger mosquito in Germany. “No need to panic”

Research by PNITM, for example, shows that the Zika virus can be transmitted by the tiger mosquito, but for this to happen, the temperature must be at least 27 degrees Celsius for at least 14 days. “Such value, despite the summer, almost never occurs in our country” – “Frankfurt Rundshaw” notes. So “no need to panic for now”.

As of 2018, these “ten millimeter black and white mosquitoes have already been found in Hesse. However, the risk of spreading the tiger mosquito is low,” the Environment Ministry said. The monitoring system will closely monitor the mosquito spread so that timely preventive measures can be taken. However, people who are often bitten by mosquitoes in particular need to be extra careful, said Frankfurt Rundshaw daily.

Mosquito – “The deadliest animal in the world”

Bill Gates, the founder of Microsoft, warned against mosquitoes in 2014. He was the one who called them “the deadliest animal in the world” on his blog.

“There are more than 2,500 species of mosquitoes. They are found all over the world except Antarctica. During their breeding season, they outnumbered other animals on earth other than termites and ants. They caused tens of thousands of deaths. The construction of the Panama Canal,” Bill Gates wrote on the blog. He stressed that mosquitoes not only spread malaria but also the dengue virus. He confirmed his study with data from the World Health Organization (WHO), which shows that an average of 600,000 people die from malaria each year.